The Consumer Advocacy Foundation of Nigeria are set to file a  class-action lawsuit against the Nigerian Bottling Company if it is established that an infraction has been committed against consumers of its beverage products, Fanta and Sprite.

A class-action lawsuit is one in which a group of people with the same or similar injuries caused by the same product or action sue the defendant as a group.

The President and Founder, Consumer Advocacy Foundation of Nigeria, Ms. Sola Salako, disclosed this to one of our correspondents in Lagos on Wednesday.

She, however, said that the first step would be to consult the National Agency for Food and Drug Administration and Control and find out how it arrived at the level of benzoic and ascorbic acids to be used in producing soft drinks for consumption in Nigeria and why the global standard was different from that applicable in the country.

Salako said, “First, we have to ascertain from NAFDAC how they arrived at a different standard limit of benzoic acid for soft drinks meant for consumption in Nigeria. What is the condition of the laboratories that the tests were carried out to determine this standard? In the last 10 years, how many studies have been carried out to determine the changes in the lifestyle of consumers?

“The standard limit of benzoic acid in the United Kingdom is 150mg per kilogramme, while the standard level for Nigeria is 250mg/kg. That is too high!”

She also suggested that it was possible that when the 250mg/kg standard was set, people were not consuming as much soft drinks as they were currently consuming, adding that there might be a need to review the standard.

Salako faulted the reaction of the NBC that because NAFDAC had approved the standard, it was not bothered.

“They should be concerned about the health of their consumers. I would have expected them to say that in the light of the current concerns, they would consider reducing the level of the acids, because there have been a lot of health concerns with the consumption of soft drinks and sugar these days,” she stated.

The President, Consumer Awareness Organisation, Dr. Felicia Monye, said that although a class action had been part of the law, the attitude of consumers to such a suit was not encouraging to consumer advocacy groups.

She said, “Consumers and citizens generally do not opt for that for reasons best known to them. You will see that if 50 people agree to come together, after one or two meetings, the number will just reduce.

“This lukewarm attitude of consumers is responsible for the problem of consumer protection in Nigeria. They may believe that they have a right, but when it comes to the enforcement of that right, they will not show interest,” she said. 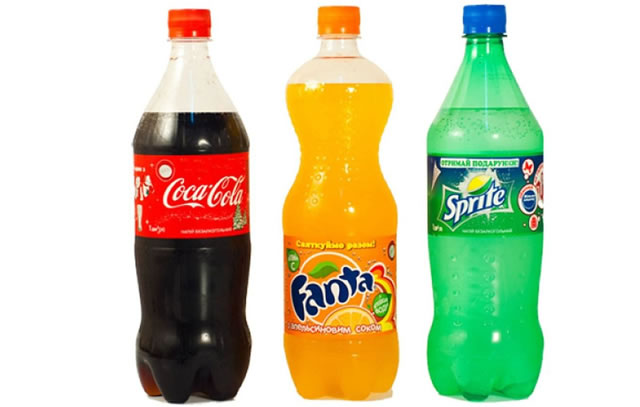 Meanwhile, NAFDAC and the NBC have appealed the judgment of the Lagos High Court, which directed the bottler to put a warning on Fanta and Sprite bottles that taking the products with Vitamin C was poisonous.

The NAFDAC boss said this just as the Nigerian Medical Association urged the agency and the Federal Ministry of Health to ensure the enforcement of the judgment.

The NMA held that NAFDAC failed Nigerians by declaring as fit for human consumption, drinks discovered through tests in the United Kingdom as being poisonous when mixed with Vitamin C.

The court had awarded a cost of N2m against NAFDAC. The judgment was on a suit filed by a Lagos-based businessman, Dr. Emmanuel Fijabi Adebo, and his company, Fijabi Adebo Holdings Limited, against NBC Plc and NAFDAC.

Adebo, had in the suit, asked the court to declare that NBC was negligent to its consumers by bottling Fanta and Sprite with excessive levels of benzoic acid and sunset additives.

He also urged the court to order NAFDAC to carry out routine laboratory tests on all the soft drinks and related products that NBC was bottling to ascertain their safety for consumption.

But the director-general of NAFDAC said that the agency’s lawyer had filed an appeal against the judgment and a motion to stay its execution.

“NAFDAC is a national regulatory authority and will react both scientifically and legally to the matter. Our lawyer has filed an appeal and a motion to stay execution of action of the judgment also filed,” Oni stated.

Busari also stated that the NBC had appealed the judgment, with the beverage company adding in a statement that both drinks were produced in compliance with national and international food quality and safety standards in the country.

The statement read in part, “In the judgement delivered on February 15, 2017, the Lagos High Court dismissed all claims against the NBC and held that the company had not breached its duty of care to consumers and that there was no proven case of negligence against it.

“In the same judgement, the court directed NAFDAC to mandate the NBC to include a warning on its bottles of Fanta and Sprite that its contents cannot be taken with Vitamin C as it could be poisonous. This order was premised on the fact that the products contain the preservative, benzoic acid. The NBC has since appealed this order.”

According to the company, the levels of benzoic and ascorbic acid in the drinks are approved by the regulatory agencies in the country.

It stated, “In the subject case, which dates back to 2007, the UK authorities confiscated a consignment of our products shipped to that country by the plaintiff, because their benzoic acid levels were not within the UK national level although well within the levels approved by both the national regulators for Nigeria and the international levels set by CODEX, the joint intergovernmental body responsible for harmonising food standards globally.

“Both benzoic acid and ascorbic acid, also known as Vitamin C, are ingredients approved by international food safety regulators and used in many food and beverage products around the world.

“These two ingredients are also used in combination in some of these products within levels, which may differ from one country to another as approved by the respective national food and drug regulators, and in line with the range prescribed by CODEX.”

It added, “The permissible ingredient levels set by countries for their food and beverage products are influenced by a number of factors such as climate, an example being the UK, a temperate region, requiring lower preservative levels unlike tropical countries.

“Given the fact that the benzoic and ascorbic acid levels in Fanta as well as the benzoic acid level in Sprite produced and sold by the NBC in Nigeria are in compliance with the levels approved by all relevant national regulators and the international level set by CODEX, there is no truth in the report that these products would become poisonous if consumed alongside Vitamin C.”