The case filed against the former first lady of Nigeria, Patience Jonathan has been once adjourned by a federal court in Lagos. 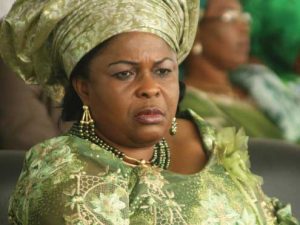 to unfreeze bank accounts she claims belong to her.

The judge adjourned proceedings to April 6 after counsels requested more time to study an affidavit filed by Mike Ozekhome, counsel to the fourth and fifth defendants.

Mrs. Jonathan had sued the Economic and Financial Crimes Commission after the agency froze the bank accounts containing a total of $15 million.

She is demanding $200 million as damages.