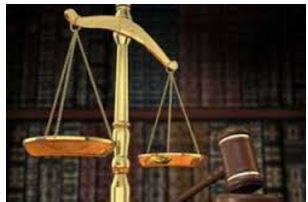 A Minna Magistrates’ Court in Niger on Wednesday ordered the remand of a 45 year-old man in prison custody for allegedly defiling his three-year-old stepdaughter.

The Magistrate, Hajiya Hauwa Yusuf, ordered that Danjuma Bawa be remanded after he pleaded not guilty to the charge.

The Prosecutor, Abdullahi Maiyaki, said that the complainant, Fatima Bawa, alleged that she caught her husband sexually abusing her daughter after he approached her for sex at night and she refused him.

According to the prosecutor, Mrs Bawa alleged that she saw blood stains and semen on the girl’s body and was advised her to take her to the hospital.

Maiyaki said the suspect denied the allegation, claiming that he only intervened whenever his wife beat up the girl.
The magistrate ordered that the accused be remanded pending the completion of investigation and prosecution.
Yusuf adjourned the case to April 12 to enable the prosecutor call witnesses to establish the case and evidence against the accused. (NAN)