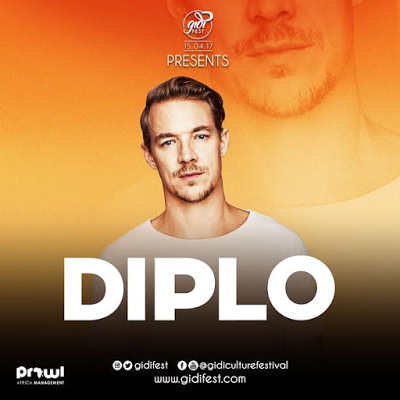 There was a stir on twitter yesterday as international DJ/Music producer, rapper, singer, Diplo tweeted in the morning to publicly announce that he will be performing at the fourth edition of the Gidi Culture Festival, this Easter weekend.

Diplo, who is also the founder of the hit group “Major Lazer” continues to lay claim to producing some of the biggest names in the American entertainment industry such as Beyoncé, Madonna, and Usher. 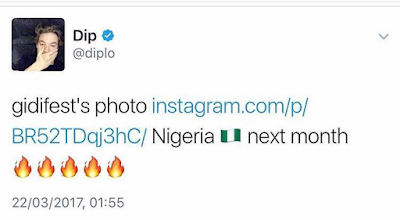