Home News Feed Dubai Airport Records 8 Million Passengers in One Month
Facebook
Twitter
WhatsApp
Dubai, United Arab Emirates has cemented its stand as one of the most attractive tourist places in the world. 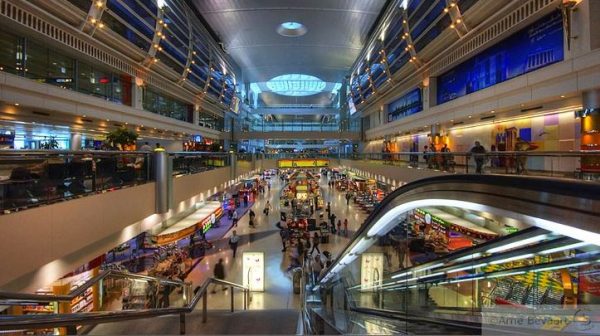 Dubai International Airport (DXB) on Wednesday said passengers in January record reached 8 million, 9.7 per cent higher compared to the same period of 2016, a news report said.
Paul Griffiths, CEO of Dubai Airports, said it is an auspicious start to what is sure to be another record-breaking year for DXB.
He added that the January performance provided further impetus to the DXB Plus Programme, which would enhance service and boost capacity at DXB by applying technology to improved processes.
Eastern Europe remained the fastest-expanding market in terms of percentage growth (up 32.5 per cent), followed by Asia (gaining 26.4 per cent) and South America (18.6 per cent higher).
Earlier in January, Dubai tourism reported ample influx of Chinese travelers in late January who traveled to Dubai to spend the Chinese spring festivals in the sunny Gulf Arab emirate.
In 2016, Dubai international airport received record 83.6 million passengers, defending its position as the world’s busiest civil aviation hub in relation to international passengers for the third consecutive year.