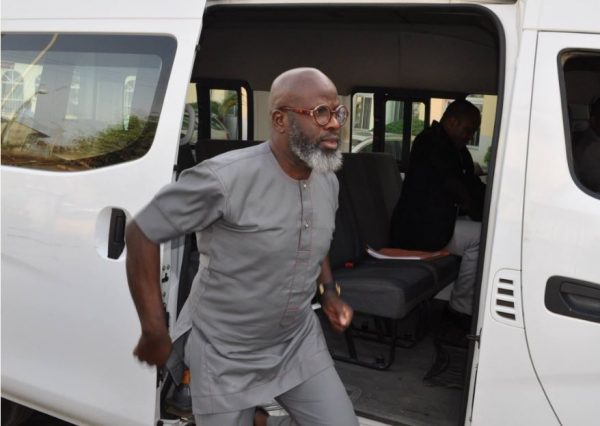 The Economic and Financial Crimes Commission, EFCC, on Thursday, March 30, 2017 arraigned the duo of Adegbite Adetoye and Ponnle Abiodun along with Origin Oil and Gas Limited before Justice Silvanus Orji of the FCT High Court Apo, Abuja on an 11-count charge of fraud and abuse of Petroleum Support Fund to the tune of N735 million.
Adetoye and his co-accused allegedly conspired and fraudulently obtained the sum of N735, 132, 076.18 (seven hundred and thirty five million, one hundred and fifty two thousand, seventy six naira, eighteen kobo) from the federal government as payment for the importation of 15,000mt of premium motor spirit (PMS) which they claim to have purchased from Vitol SA and imported into Nigeria through MT Silverie. 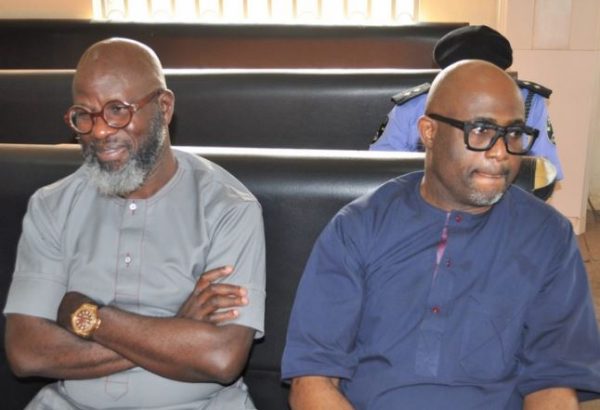 The offence contravenes Section 8 (a) and punishable under Section 1 (3) of the Advance Fee Fraud and Other Fraud Related Offences Act, 2006.
The defendants pleaded not guilty to the charge. S. I Ameh, SAN, counsel to the defendants, informed the court that he had a pending bail application dated March 27, 2017 and served on the prosecution same date.
He urged the court to admit the defendants to bail adding that they would be available for trial. Counsel to EFCC, Steve Odiase, did not oppose the application on the ground that the defendants had earlier been granted administrative bail by the Commission.
Justice Orji granted bail to the defendants in the sum of N100million each with two sureties in like sum. The sureties must be civil servants not below grade level 14 or residents in Abuja with traceable address to be verified by the court or EFCC. The defendants must not travel out without the permission of the court.
The case has been adjourned to May 22nd and 25th, 2017 for hearing. Meanwhile, Justice Orji has ordered the defendants to be remanded in prison custody pending the perfection of their bail terms.