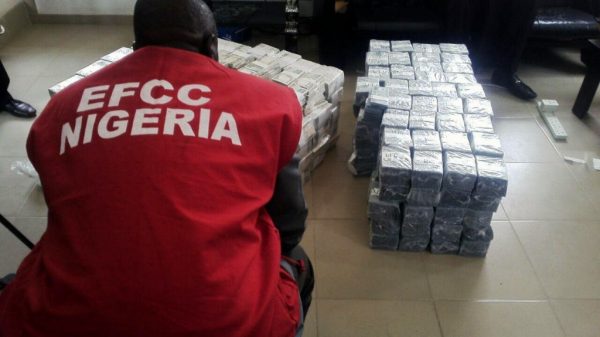 The Economic and Financial Crimes Commission, EFCC, Kaduna Zonal Office has intercepted an undeclared sum of N49 million at the Kaduna International Airport.

Ibrahim Bappa, the Kaduna zonal head of the EFCC, while addressing journalists on Tuesday in Kaduna, said the money was stashed in five large 150 kilogramme coloured sacks ,following an intelligence report received by the zone.

He said during a routine baggage screening of supposed check-in baggage, the five bags were sighted unattended to and without tags, “containing fresh bulk items suspected to be money from the aroma perceived from the sack.

“The owner of the money later showed up but couldn’t state the exact money in the sack or present any document authenticating the genesis of the money.

“However, his inability to give any concrete explanation made him become uncomfortable and he disappeared into thin air before the arrival of EFCC operatives,” the zonal head said. 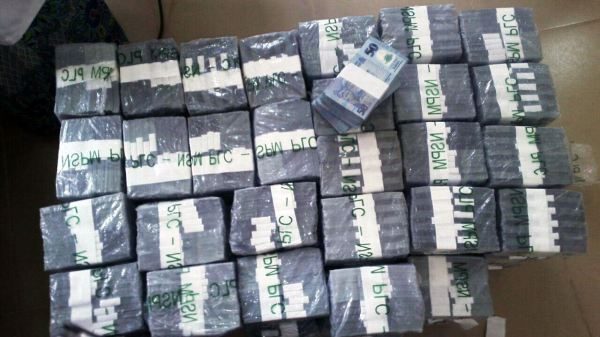 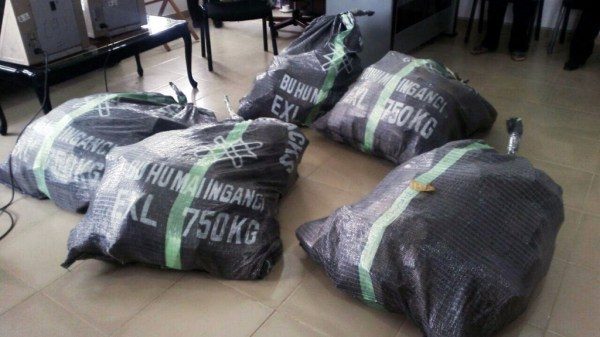 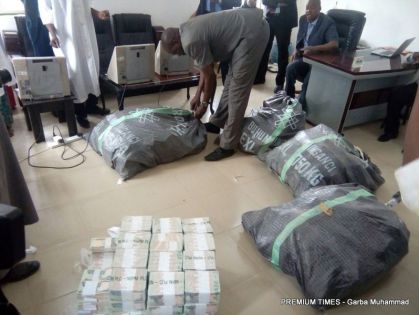 Mr. Bappa said the operatives later found out that the suspect had fled the airport vicinity leaving the sacks behind.

The bundles had seals that showed they may have emanated from the Nigeria Security Printing and Minting Company.

“Investigation into the case is on top gear with a view to identifying owner and apprehending all those behind the crimes,” he added.

The Kaduna airport has become busy since the federal government last week closed the Abuja airport. All air passengers travelling to and from Abuja have to use the Kaduna airport for the next six weeks.

Photo of the N49 million cash intercepted at Kaduna International Airport, being displayed by the Economic and Financial Crimes Commission, EFCC, at their Kaduna Zonal Office on Tuesday.
Source: PremiumTimes
AdvertisementClick Here To Join The 10,000 Naira Giveaway For 100 People!