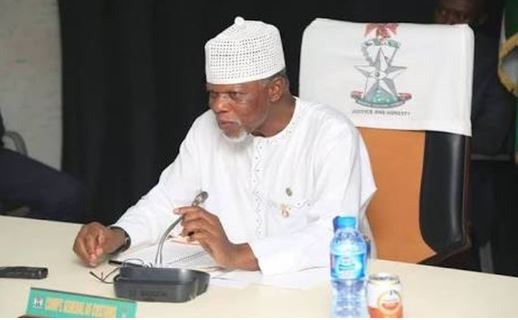 In an apparent response to the Senate’s directive that he should appear before them in uniform, the Comptroller General of Nigeria Customs, retired Col. Hameed Ali, has said that he was not employed to wear uniform.

He told TVC on Friday that rather, he was appointed to work effectively and deliver.

The Senate had ordered Ali to appear before it on March 15th in his official uniform as a customs officer.

He was summoned by the fuming senators over the new order by the Customs Service for all old vehicles to pay their customs duty.

Customs offered a 60 percent rebate for vehicles from 2015 below.

“No! I was not appointed Comptroller General of Customs to wear uniform. Does Uniform work or the person behind the uniform?

“If we suspect that smuggled items are taken into your house, we have the right to cordone that house and go in to search.

“Am I doing my job or not? I think that should be what should worry the National Assembly,” he said.