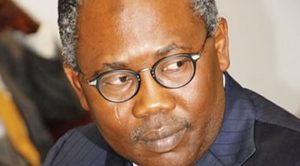 (SAN), has accused the Economic and Financial Crimes Commission (EFCC)of being used by powerful interests.

Adoke, who has been charged by the EFCC for his alleged role in the $1.1bn Malabu scam alongside 10 others, said this in a statement on Friday.

He said, “I had informed Nigerians in my previous reactions that I had become a target of these powerful individuals for refusing to allow the Office of the Attorney General of the Federation and Minister of Justice to be used to settle their private business interests and the fact that they had vowed to use their connections in government and with the EFCC to settle personal scores with me.

”It is now clear to me that the EFCC is working hands in glove with them and lending its institutional support to this devilish scheme.”

Adoke said instead of the EFCC pursuing the case in the interest of Nigerians, “we hear of how the interests of the Abacha family in OPL 245 were not protected or that the records of Malabu with the Corporate Affairs Commission were altered to exclude certain powerful individuals with close links to the EFCC and this administration.”

The ex-minister of justice added, ”I am concerned that the EFCC has continued to allow its investigations/operations in respect of OPL 245 to be micro-managed and/or guided by some non-state actors and powerful families with professed ownership interests in the block.

”These non-state actors are hell bent on using state institutions as proxies in their nefarious quest to outsmart each other to the proceeds of Malabu’s divestment from OPL 245.”

The former attorney-general said in a bid to paint him as a corrupt person, the EFCC was fabricating evidence against him.

Adoke said he had taken a loan of about N300m to buy a property in Abuja but the EFCC was twisting facts to make it seem as if the money was obtained from the purported Malabu bribe.

He added, ”While not going into the merits, it is pertinent to state that I had applied for a Mortgage in the sum of N300,000,000 from Unity Bank of Nigeria to purchase a property from Aliyu Abubakar, a property developer in Abuja. The bank paid the loan sum directly to the developer and when I could not meet up with the repayments or pay the balance; it opted to repossess the property.”