The Judiciary system of Nigeria were at work as a High Court in Yola, Adamawa State,convicted and jailed former Gov. 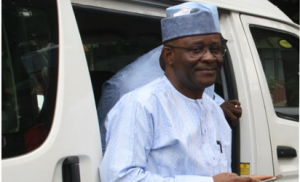 for failing to adhere to the procurement laws of the state.

The ruling took 75-minute long ruling which was presided by Justice Nathan Musa where he  found the former governor guilty of four charges, and discharged him on one, which bordered on conspiracy.

The judge discharged and acquitted former Secretary to the State Government, and the Commissioner of Finance, who were second and third defendants in the case.

In handing down his sentence, the judge said the law stipulated that the convict shall not be given an option of fine.

He sentenced the former governor to five years in prison, and said the convict is serve his term in any prison of his choice.