There is always light at the end of the tunnel, that was the story of four Niger Delta militants, who surrender their weapons and decided to go back to school. The ex- militants made First Class Bachelor’s degrees, have been employed as lec­turers by Benson Idahosa Uni­versity in Edo State.

Boroh made this disclosure at an interactive session with journalists in Abuja.

“In fact, the Benson Idahosa University retained them as lecturers, four of our students who had First Class. The perfor­mance of our students abroad was even more stunning. A total of 454 of them graduated mainly from British universities with 20 having First Class and 41, Second Class Upper,” he added.

He also said that the recent visits of Vice President Yemi Osinbajo to states in the Niger Delta region was a winning formula which has solidified the relationship between the region and the administration.

He said, “Perhaps our greatest achievement is contributing to the maintenance of peace in the Niger Delta which has resulted in zero vandalism of oil facili­ties.” 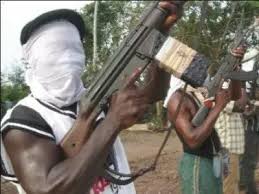