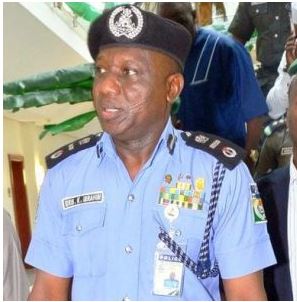 The inspector general of police, Ibrahim Idris has described the death of Ezonuwan Kutigi, Alhaji Hussaini Wuchin-Kutigi of Lavun local government of Niger State as a loss not just to Bida emirate or Niger State but the nation at large. The traditional ruler passed on in the early hours of yesterday at the age of 75.
According to a statement by the force public relations officer CSP Jimoh Moshood said the inspector general who also hails from Kutigi was deeply touched when he received the news of the demise.
“The late traditional ruler showed love to all of us and those that live in his domain, irrespective of their tribe, religious inclination and in spite of these he was a righteous leader who has the interest of his people at heart above every other thing,” he said.
The statement further stated that the late monarch was a bridge builder, and an amiable personality who was at home with his people adding that his demise has created a vacuum that would be difficult to fill.
The inspector general who also bears the title of Zarman Nupe noted that the deceased monarch has contributed immensely to the socio economic development of Nigeria and will be ever remembered for all his good work.
He ,therefore, joins the good people of Kutigi and other well-meaning Nigerians to pray Almighty Allah to grant the soul of late Wuchin-Kutigi eternal rest and the members of his family the fortitude to bear this irreparable loss.