The former Senate President of Nigeria 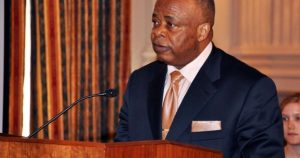 lead a delegate of the  Federal

Government as they has begun its south-south public hearing session on electoral review in Calabar, the Cross River State capital.

The event is part of government’s plan to strengthen the electoral system in Nigeria, as a means towards a more flexible constitution.

Speaking at the occasion, Senator Nnamani said if Nigeria can get her electoral processes right, every other thing would naturally take shape and development will thrive.

He disclosed that the committee would discuss both the national and state electoral processes, as to whether both should stand or just the Independent National Electoral Commission (INEC), and other issues to be discussed will bother on the candidates, especially after elections have been won.

On his part, the Deputy Governor of Cross River State, Professor Ivara Esu, urged the committee to deliberate on fraudulent practices by various party members from cross-carpeting to other parties at will after elections have been won.

He also asked the committee to check various actions taken at party levels which he described as being fraudulent.