The federal government has set up a committee to look into the allegations concerning the consumption of Sprite an Fanta with Vitamin C. This was confirmed by the  Minister of Health, Prof. Isaac Adewole, he said  a panel of experts  have 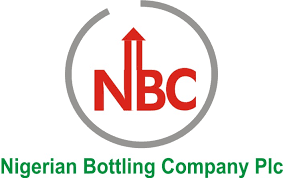 been set up to investigate the controversies surrounding the level of benzoic and ascorbic acid in the soft drinks being produced by the Nigerian Bottling Company.

Adewole, in a series of tweets on his verified Twitter handle on Thursday, assured Nigerians that the Federal Government had convened a group of experts, including food scientists and nutritionists, to access the safety of preservatives being added to the beverages.

According to him, he will also meet with officials of the Standards Organisation of Nigeria.

He said, “A group of experts have been convened to immediately investigate and submit a report. I have also requested a meeting with SON. The issue goes beyond the legal aspects of the court verdict. It is about morality.

“Nigerians need to know that we will put their safety first. The questions are: Is the Coca-Cola produced in Nigeria safe? Is the acidity level acceptable? What is the difference between Coca-Cola products available in Nigeria and the United Kingdom?

“Nigerians are justifiably angry as it concerns the recent verdict of a case involving an exporter. I have instructed NAFDAC to liaise with SON to address Nigerians immediately concerning the safety of Coca-Cola products made locally.”

The Lagos State High Court had ordered NAFDAC to direct the NBC to include a warning on the labels of Fanta and Sprite bottles that the products could not be taken with Vitamin C.

Meanwhile, the National President, Nutrition Society of Nigeria, Dr. Bartholomew Brai, stated that the internationally approved benzoic acid levels for the preservation of beverages was 600mg.

Brai noted that while the body would not tolerate any violation of standards by beverage companies, it would be wrong to assume that Fanta and Sprite were not safe for consumption until evidence suggest otherwise.

Meanwhile, the Consumer Protection Council has said it has summoned the management of the NBC to provide detailed information about the composition and all laboratory tests of two of its products, Sprite and Fanta.

The Director-General, CPC, Mrs. Dupe Atoki, who wrote to the Managing Director of the company, stated that the information to be provided would cover the last 10 years, up to March 2017.

The letter, dated March 15, 2017, with reference number CPC/HQ/2017, was made available to journalists in Abuja.

She said as the apex regulatory agency in charge of the protection of consumer rights in the country, the CPC would be carrying out a detailed independent investigation into the laboratory processes as well as all the composition of the company’s products.

She said that the letter gave the NBC seven days to supply the required information for the investigation.

The letter read in part, “Pursuant to the CPC Act, the council requests your organisation (NBC) to immediately provide all papers, processes, statements, affidavits, motions, arguments, exhibits and files in the case that was the subject of the judgement.

“Identify every witness that the NBC intended to present at the trail, including all witnesses who testified and others intended but who did not testify. In addition, each witness position and the role in the NBC must be identified in your submission.”

The agency also directed the NBC to “provide the composition of your products, otherwise known as Fanta and Sprite. Any and all quality assurance or laboratory tests conducted by the NBC or commissioned by the NBC, or that have come within the control of the NBC with respect to Fanta and Sprite between 2009 and March 2017.”

The company was also directed to identify the custodian of the composition and component of Fanta and Sprite in the United Kingdom and the United States.