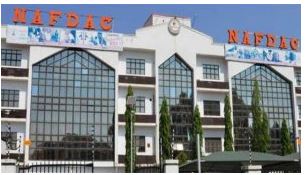 The federal government has summoned the acting director-general of the National Agency for Food and Drug Administration & Control (NAFDAC), Mrs Yetunde Oni to answer queries bordering on N2.9bn (N2, 854,095,289.02) indebtedness to the Consolidated Revenue Fund with regards to past years’ Operating Surplus that have not been remitted.

While it was expected that full payment of the Operating Surplus be remitted within 2017 or a repayment agreement be reached with the Office of the Accountant General of the Federation, the NAFDAC DG would also provide necessary explanation and authorization for the increase outside appropriation.

Also to appear before the minister of finance, Mrs Kemi Adeosun are officials from the supervising ministry (Ministry of Health) in an urgent parley today by 11.am.

This is contained in a letter signed by the Minister of Finance, Mrs Kemi Adeosun with Ref no: OAGF/R&I/1081/I/199, dated 13th March, 2017 and addressed to the Director-General of National Agency for Food and Drug Administration & Control (NAFDAC).

The letter titled: “Review of 2017 Revenue and Expenditure Estimates and the Repayment of Outstanding Operating Surplus” was also copied to Chief of Staff to the President, Minister of Health and Director General, Budget Office.

Adeosun noted, that in line with Sections 21 and 22 of the Fiscal Responsbility Act, 2007 (as ammended) she is required to receive and review the Annual Estimates of Revenue and Expenditure (Draft Budgets) of public agencies and corporations prior to their transmission to the National Assembly for approval.

She noted that upon the review of the draft budget for 2017 submitted by NAFDAC that it was discovered that the projected cost to income ratio of NAFDAC is 100 percent, a situation that exceeded the 75 percent target allowed for agencies that are not funded by the federal government.
According to her, “It is therefore a matter of grave concern that NAFDAC which is fully funded from the budget through the payment of overhead and salary proposes to expend 100 percent of its Internally Generated Revenue “.

This she said contravened the Finance circular FMF/HMF/2016/1/2 of 22nd November, 2016.
The minister further challenged NAFDAC to drastically review its draft budget downwards in line with the fiscal discipline expected under the current administration adding that President Muhammadu Buhari is committed to fiscal discipline, financial accountability and maximisation of revenue generation from its various agencies.