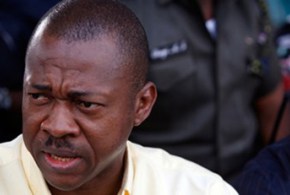 , on Friday confirmed that he had dumped the Peoples Democratic Party, PDP.

Mr. Chime said the PDP is dead, according to a News Agency of Nigeria report.

The PDP, Nigeria’s largest opposition party governed the country for 16 years (1999 to 2015) during which period it also had majority in both houses of the National Assembly as well as majority of the state governors.

The party has been enmeshed in a major leadership after losing power and is currently split ‎into two factions.

Many former PDP leaders have, like Mr.‎ Chime, dumped the party to join the current governing All Progressives Congress.