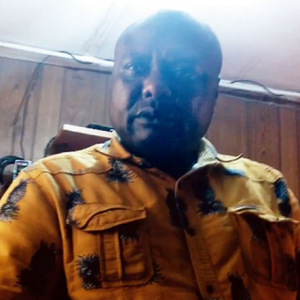 PReports has it that the 34-year-old Eze had approached Ali sometime in January 2017, to exchange the sum of $7,000 for the naira equivalent.

The duo reportedly parted ways after the transaction, which held inside the suspect’s LEXUS 470 Jeep with number plate, Lagos AKD 612 DA.

The bubble burst when Ali got to his office on Treadsmaqueen Street,  Ikoyi, where another customer was waiting to exchange naira for dollars.

As he brought out the money, he allegedly discovered that Eze gave him fake 74 pieces of 100 dollar note.

Ali told our correspondent that efforts to reach the suspect on a telephone number he gave him for future transactions were abortive, as the line was switched off.

“I borrowed N2.6m from my colleagues and added my money to it to make it N3,451,000, the equivalent of the money he wanted to exchange. Out of apprehension, I told my apprentice to keep the money, while I meet him first so that if he had a weapon, he would not get any money from me.

“As I attempted to enter the bank, he called me that he was no longer there and I should meet him at another bank. As I approached the new bank he gave me, he called and said he was in his Lexus Jeep. He opened the door and I entered.”

Ali said the suspect told him his (Eze) wife mentioned him to him.

He said he became interested in the conversation when the suspect brought out the dollars.

“I counted them and saw they were complete and original. I called my apprentice to bring the money and he joined me in the Jeep. He sat at the back, while I sat beside the man in front.

“I advised that we should go inside the bank for the transaction, but he said he was in a hurry and needed to go to a construction site, where workers were waiting to be paid. He said we could do it in the Jeep,” he added.

Ali said as they were about to part ways after the transaction, the suspect received a call from a woman he claimed to be his wife.

The woman reportedly disagreed on the exchange rate.

It was gathered that due to the disagreement, Eze demanded his dollars and returned the naira.

He was said to have persuaded the BDC operator to follow him to his construction site to convince his wife that the rate was good.

“He told me that his wife has £11,000 to sell to me. When we got to a traffic light on Osborne Road, he stopped to receive another call and said his wife said he should collect the money. He added that he would not be able to go to the construction site again because his wife was going to Ajah for a meeting. He said he would call us at Ajah to come for the £11,000.

“I collected the naira from my boy at the back and passed it to him, while he used his left hand to pass the dollars to my boy directly. My boy did not check because he thought it was the dollars we had counted earlier. He put the money in his pocket.

“After we alighted from the vehicle, my mind told me to take his number plate, which I did,” Ali said.

He explained that when he got to the office and his apprentice brought out the $7,000 for a business transaction, they discovered that “that the dollars were fakes,” adding that the suspect had switched off his phone.

He explained that he reported the matter to the police at the Special Fraud Unit, adding that he was referred to the X-Squad at Zone 2.

It was  learnt that the police, upon checking with the vehicle licensing office, discovered that the address given when the vehicle was registered was non-existent.

Our correspondent was told that a check on his telephone line showed it had been used to call only one number between December 2016 and February 2017.

Reports gathered that the suspect, however, used the line to call a painter in Asaba, Delta State.

The painter, identified as Tony, was subsequently arrested by the police and handed over to the Zone 2 command where he confessed to know the suspect.

Tony led the police to the Ogba area of Lagos, where Eze was arrested last Friday.

“Immediately we entered the house, the first thing I saw was the Jeep he used to defraud me.

“When he was arrested, he said he could not release all the money because his group operate as a team and they had shared the money. He said he got N1.5m from the money and that is what he can return to me. But I want all my money back. He has a house and three cars,” the victim said.

She said, “The BDC operator was smart enough to get the vehicle number plate and that aided police investigation. The suspect, upon his arrest, confessed to the crime. The Assistant Inspector-General of Police, Kayode Aderanti, has ordered that the suspect be brought to justice.”