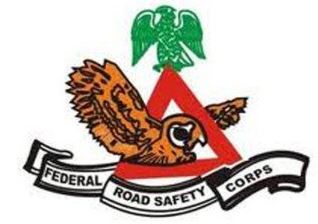 Federal Road Safety Commission, Corps Marshal, Boboye Oyeyemi yesterday pulled up a surprise as he personally rescued some accident victims who where involved in a car crash along the Musa Yar’Adua expressway near the corporate headquarters of LEADERSHIP Newspapers in Abuja.
The Corps Marshal, who was on his way home from office at about 7:25pm met the crashed vehicles and the victims on the busy road, immediately ordered his aides to pull over and rushed to the scene.
Oyeyemi on stepping out of his car, went straight for his reflective vest and joined in the rescue of the victims.
Speaking briefly to LEADERSHIP at the scene, Opeyemi cautioned motorists to be more careful on the road and always adhere to traffic rules.
“It’s a routine work for me, motorists should be more careful”, he said.
Men of the Ambulance unit of the Commission, evacuated the victims to hospital on the Supervision of the Corps Marshal.