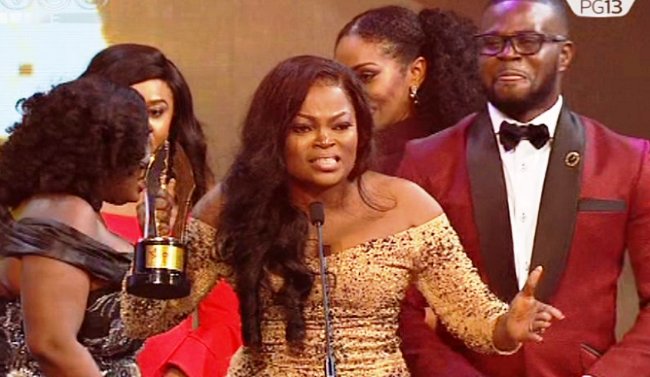 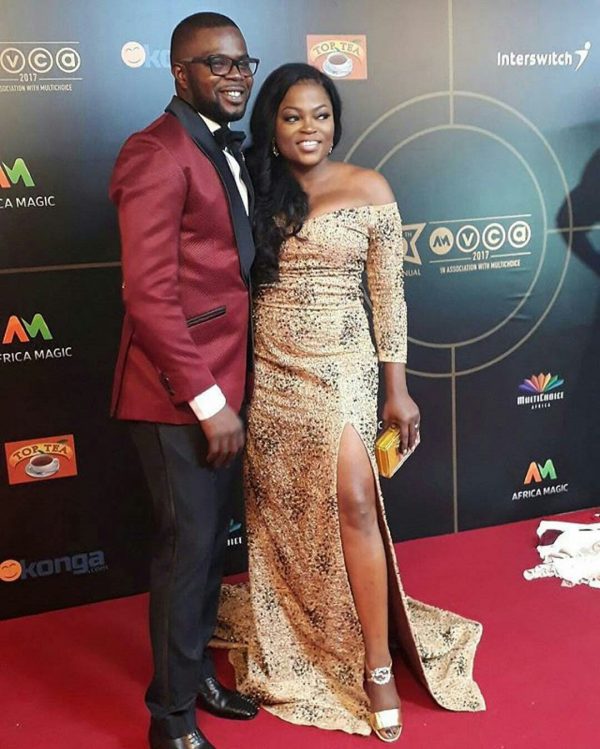 When giving her acceptance speech, the over joyed victor thanked the organizers, her fans, management/team, and also acknowledged her husband’s support and care.
The series which is currently in its ninth season on Television stars Akindele as the titular character; a secondary school dropout turned hairdresser, who lives in a backwater town called Aiyetoro.Over the years, the character has grown from a naive girl in Aiyetoro to a student in Lagos, and a hustler in London.
The character Jenifa and the TV series “Jenifa’s Diary” is one of the  most successful and sensational character/show to slide across our TV screens in 10 years.

Akindele’s win is her second in two consecutive years.