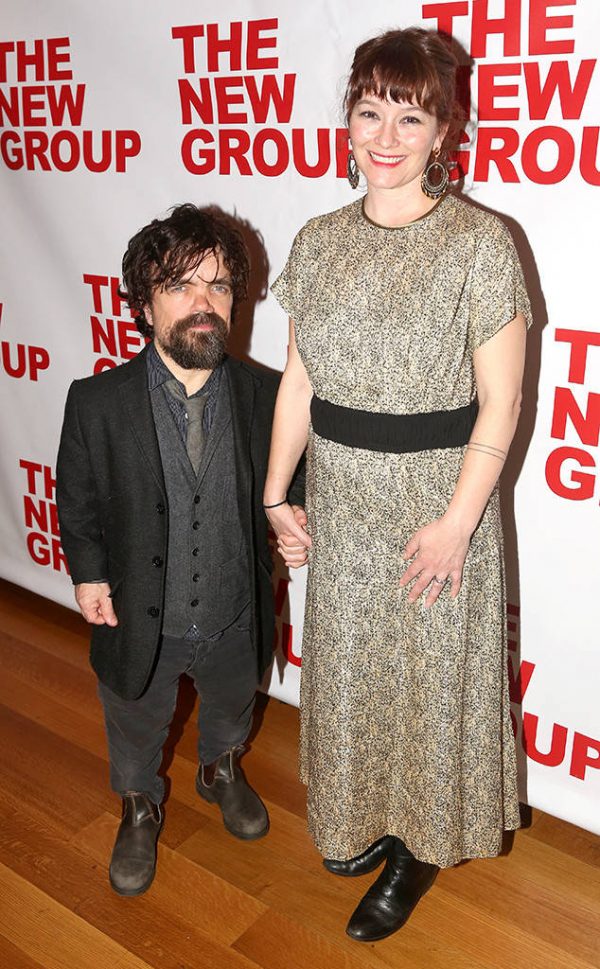 The couple walked the red carpet of The New Group’s All the Fine Boys, an off-Broadway play Schmidt wrote and directed, in New York City Wednesday evening. Schmidt’s growing baby bump stole the show as it made its debut in a flowing dress. Dinklage, 47, and Schmidt, 41, are already parents to their 5-year-old daughter, Zelig Dinklage, whom they welcomed in 2011. 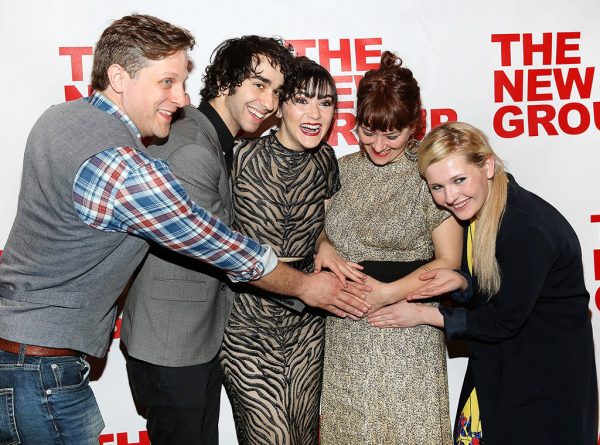 The cast of Schmidt’s play, which includes Abigail Breslin, celebrated the couple’s big news by cradling her bump as they posed for photos.

The Game of Thrones star and Schmidt tied the knot in 2005. Shortly before welcoming Zelig into their lives, Dinklage won an Emmy Award for his portrayal of Tyrion Lannister in the mega-hit HBO series and gave his wife and mom-to-be an emotional shout out during his acceptance speech.”I love you, Erica. You’re amazing,” said Dinklage from the stage.
Congratulations to the growing family!