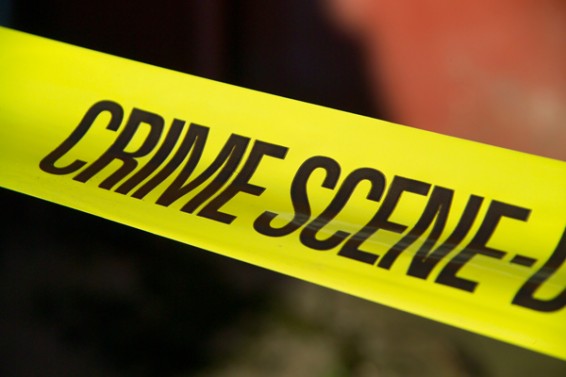 A gateman, simply identified as Liasu Adeoye, was allegedly strangled to death in an alleged robbery attack on a building in Ado-Ekiti, Ekiti State capital.

Residents who alleged political witch-hunt behind the attack, said the assailants had stormed the building which belonged to a couple, Mr. Olamigoke Alade and Mrs. Odunayo Alade, at about 2am yesterday, and pounced on the gateman, beat him severely before allegedly strangling him to death.

The residents said that the couple were, however, lucky to escape the onslaught as they are currently in the United States of America (USA) for holiday.

A resident of the area who claimed to have heard the alarm raised by the deceased’s gateman said that the couple’s house on 19, Udi Igi Street, Akure, Ondo State had earlier been vandalized before the suspected robbers descended on the one in Ado Ekiti.

”Last night was hell for the couple at the house of Mr and Mrs. Alade. Mr. Alade is a lecturer while his wife is a public health consultant. They both owned a Non-Governmental Organization (NGO) where they enlighten youths in political participation and gender issues including warring against female genital mutilation, ” he said.

Alleging political witch-hunt, another resident, Timilolu Ade, said, ” The attack on the Alades could be politically motivated if we try to analyze it in line with the current political crisis in the state. Another possibility is that those gunmen might be assassins because we heard them shouting at the gate man to fish out the owners of the house.

”There have been constant attack on our buildings in this area, especially the house of the Alades. Maybe it is because it is very attractive. We are making efforts to petition the police on this ugly development,” he said.

The strangled gateman is said to have been rushed to the hospital whose location has not been disclosed at the time of writing this report.