The Governor of Ghana’s central bank, Abdul-Nashiru Issahaku has resigned, though there were no clear reasons for the resignation but a 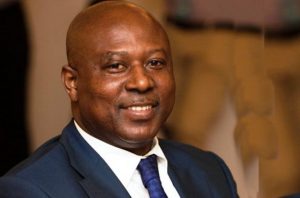 ccording to sources within the central bank, the governor who officially started his four-year term around September last year tendered his resignation on Wednesday citing personal reasons.

Although the governors of the central bank have been insulated against political risk through an amended Bank of Ghana Act which assures them the security of tenure, speculations have been rife immediately after the December election that the current government would like the governor to leave office so they could appoint a replacement.

Issahaku was first appointed by former president John Mahama in April 2016 in an acting position when Henry Wampah tendered his resignation six months before the end of his tenure.

Mahama was defeated at the polls by current president, Nana Akufo-Addo who won the election by 53 per cent.

Sources within the central bank also named former head of the research department at the bank, Ernest Addison now with the African Development Bank as one of the front-runners to occupy the Bank of Ghana chair.

The outgoing governor held his last Monetary Policy Committee press briefing on Monday, where he announced a 200 basis point reduction in the bank’s benchmark policy rate from 25.5 per cent to 23.5 per cent.