God Brought You Back Alive… Why Not Show Mercy To Kalu? – Fayose Tells Buhari 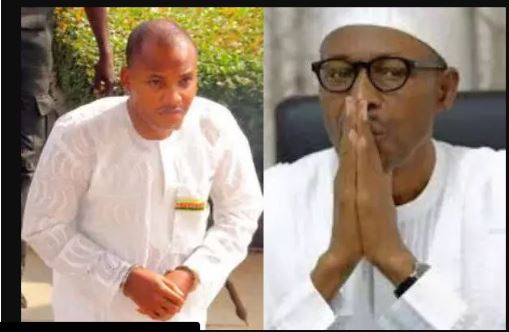 Ayodele Fayose, governor of Ekiti state, says it is God who made President Muhammadu Buhari to come back alive after a 49-day medical vacation in the UK.

Speaking with members of his cabinet shortly after he returned to the country on Friday, Buhari said he could not recall being “so sick” in his entire life.

In a statement issued on his behalf by Idowu Adelusi, his chief press secretary, Fayose said Buhari received the mercy of God.

He advised the president to also show mercy to Sambo Dasuki, former national security adviser, Nnamdi Kalu, leader of the Indigenous People of Biafra (IPOB), and other Nigerians “suffering illegal and unconstitutional incarceration under your directive”.

“It is incumbent on you to now also show mercy. I advise you to show mercy to Nnamdi Kanu and Sambo Dasuki and such other Nigerians that are suffering unjust, punitive, illegal, and unconstitutional incarceration under your directive or administration.

“Allow all those who have been granted bail by the court to enjoy their bail while their trial continues. This is the right, just, and merciful thing to do. To continue to disdain the court is reckless and unconstitutional. Moreover, it is a sin and it is oppressive.”

Taunting Buhari, Fayose added: “While you were away, peace returned to the Niger Delta, impacting positively on crude oil production and sales. The economy also improved with the appreciation of the Naira. Now that you are back, it will not be right to put the country on the reverse gear again through some pig-headed policies and truculent, militarist posturing.”

He went spiritual, saying God is not happy with the “oppression of the poor by the rich”.

“God is not happy at the oppression of the poor by the rich and of the weak by the strong,” he said.

“Those of us in authority must not use our God-given powers to oppress the citizens placed under our charge. Only righteousness exalts a nation, Sin is a reproach and God is continually angry with the wicked.

“It is wickedness to refuse to obey court orders and trample upon the constitutional and God-given, fundamental human rights of citizens.”