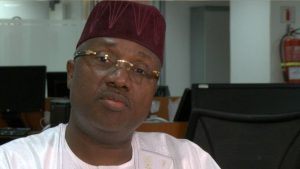 Government Area. He said that anybody or group caught vandalising or tampering with the equipment would face the full wrath of the law.
He said that inspection of the centre was aimed at ensuring that the facilities were being put to use. He noted that former Gov. Murtala Nyako had invested a huge amount of money in the centres, adding that he would not allow the investments to waste.

The governor said that the German company which built the centres and other stakeholders handling the facilities would be invited to fashion out ways for their effective utilisation. Responding, Mr Levy Timon, the Manager of the Mayo Belwa centre, said that electricity, water supply among others were top constraints hindering the use of the centre. Timon added that the contractor handling the project had abandoned the construction of students’ hostels at the centre.