Three members of the school management of Government Secondary School have been summoned by the Governor of Niger State, Abubakar Sani Bello, on Monday for underfeeding students of the school and causing them to starve unnecessarily.

Bello, while in an unscheduled visit to the school dining hall expressed sadness that the food met for 300 students was being served for 600 students by the officers in charge.

According to the governor, it was an act of wickedness to deprive the students of their food when the provision has been made by the government.

He ordered the principal officers involved to appear in his office for proper briefing, adding that the school management has failed to perform.

The governor decried a situation whereby school officials would pilferage on student’s meals to undermine government efforts at ensuring adequate feeding of students in its schools.

While in Agwara, the governor announced the conversion of Government Secondary School Agwara to boarding school and directed the state commissioner of education to commence the construction of hostels for the student immediately.

He directed the commissioner to ensure that all necessary facilities for the smooth take off of the boarding were in place within the shortest possible time. 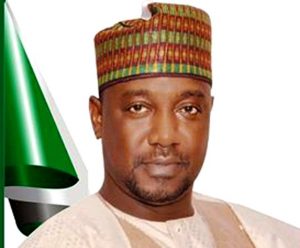