A lecturer in the Department of Accounting, University of Calabar, Dr. Emmanuel Igbeng, have been assassinated by the entrance to his house in Calabar, Cross River State.

According to eye witness reports,the incident happened at about 8.30pm at Asuquo Abasi Street, off Uwanse Lane in the Calabar-South of the metropolis, has thrown the university community into mourning.

This is coming barely one week after the deceased lecturer was awarded his PhD degree at the 30th convocation ceremony of UNICAL.

An eyewitness, Magdalene Bassey, said the incident happened within split seconds as three gunmen came out from a waiting car while one of them shot the lecturer on his neck at close range.

She said, “They did not ask him any question, neither did they steal anything from his car. They just came and shot him in the neck before retreating to their waiting vehicle. They were three in number.”

Bassey said that Igbeng and a lady who was in the car with him were rushed to a nearby clinic where the lecturer was confirmed dead, but the lady was still alive.

Public Relations Officer of UNICAL, Mr. Effiong Eyo, described the murder as a shocking development, adding that it was sad losing a lecturer, let alone a young man.

“This is a great loss to us as an institution. This man struggled and just last Saturday he got his PhD degree. It is really sad for an institution to lose a man like that,” he said.

Meanwhile the kidnappers of a lecturer in the Department of Zoology, University of Calabar, Prof. Edet Ekpenyong, have made N2bn demand as ransom on first contact with the family.

Ekpenyong was kidnapped in the early hours of March 10, 2017 while on his morning routine jogging exercise on campus.

According to a source, the kidnappers did not open contact with the family until after four days after when they demanded for N2bn as ransom.

The source told Southern City News on Friday that further negotiations dropped the ransom to N1bn, N200m and N50m respectively.

“At least three persons have been arrested in connection with the kidnap. We are making progress and we hope that the professor will soon regain freedom. They initially demanded N2bn but later dropped it to N1bn. Just on Thursday, a negotiation was reached but in the early hours of Friday, I learnt that the amount has dropped to N50m,” he said.

It was learnt that the university security agency is working with the police to ensure the safe release of the abducted don.

According to the State Commissioner,Mr. Hafiz Inuwa, said investigations revealed that the gunmen hanged around the lecturer’s gate before his return.

He said, “I am aware of the killing and the police got there in good time. From the reports we got, the robbers were hanging around and opened fire on him immediately he came. The street, from what we discovered, was a lonely one. We have started investigation into the matter.”

On the kidnapped university don, Inuwa simply said, “We are making headway.” 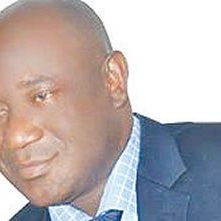