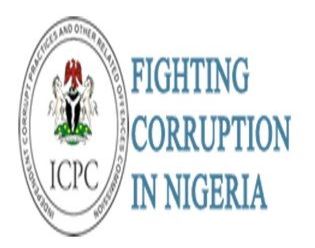 The Independent Corrupt Practices and other Related Offences Commission (ICPC) has charged a former staff of Skye Bank, Mr. Yemi-Aris Olaniran, to court for allegedly defrauding the federal government of N78.52 million.

ICPC spokesperson, Rasheedat Okoduwa said the commission, in a 24 count-charge preferred against the ex-banker before Justice Babatunde Quadri, of the Federal High Court 10, Maitama, Abuja, accused him of transferring N78, 521, 431.61 from the federal government pension funds into private accounts held by non-pensioners in contravention of section 15 (2) (b) of the Money Laundering Act 2011.

The alleged offence is punishable under Section 15 (3) of the same Act. Counsel to ICPC, Mr. Adesina Raheem, told the court that Mr. Olaniyan, while working as a staff of Skye Bank, Gwagwalada-Abuja, between October 2011 and March 2013, surreptitiously opened 50 bank accounts into which he made several transfers of funds.

The alleged funds ranged from N1 million to N11. 2 million.

The commission had earlier arraigned Mr. Olaniyan before Justice Adeniyi Ademola of the Federal High Court 7, Maitama-Abuja, but had to seek for the transfer of the case to another trial judge due to the criminal charges preferred against Ademola by the federal government.

Mr. Raheem held that the ex-banker, in one instance opened an account in the name of Ibrahim Nurudeen, and transferred the sum of N11, 248, 439.52.

He was also alleged to have in another illegal transaction, wired N9.58 million from the federal government pension account into a Skye bank account in the name of Umar Abdullahi who was not a registered pensioner.

The charge sheet reads in part, “That you Yemi-Aris Olaniran, between October 2011 and March 2013 at Gwagwalada Abuja whilst being a staff of Skye Bank Plc directly transferred the sum of N11, 248, 439.52