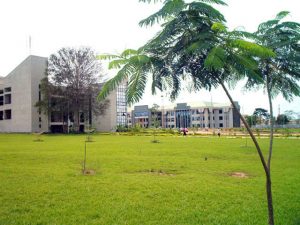 Ndubueze, popularly known as Jayboy, hailed from Amaigbo in the Nwangele Local Government Area of the state and was waiting for a call up for this year’s National Youth Service Corps programme.

Our correspondent learnt that the 22-year-old was shot dead around 10:30pm on Wednesday by unidentified cultists operating on the campus.

Students who spoke on the condition of anonymity told our correspondent on Thursday that the deceased was apparently the target of his killers as they approached him directly and shot him on the chest repeatedly before taking to their heels.

They linked the killing to the cult war between rival confraternities on the campus, which had claimed the lives of some students.

The students decried the killings, saying that the situation had put their lives and academic pursuits in jeopardy, especially now they were taking the first semester examinations.

They called on the school management to urgently tighten security on campus.

When contacted, the IMSU Public Relations Officer, Obi Njoku, confirmed the killing of the student who he said was a fresh graduate of the University and gave the assurance that the management was working hard to ensure the killers are brought to justice.

When contacted, the Police Public Relations Officer in the state, Andrew Enwerem, a Deputy Superintendent of Police said he had yet to be briefed.