The Independent National Electoral Commission (INEC) has fixed Saturday, February 16, as the date for the 2019 presidential and National Assembly elections. 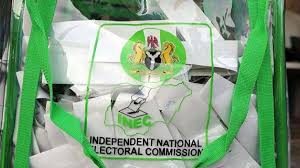 also revealed that the governorship/State Assembly/Federal Capital Territory area council elections will hold on Saturday, March 2 of the same year.

INEC National Commissioner in charge of south-west, Solomon Soyebi, disclosed this at a press briefing in Abuja.

A press statement read in part:

“Our democracy is maturing and the Commission believes that there should be certainty with regard to the timetable for elections. For instance, in the United States, general elections always hold on the second Tuesday of November in the election year.

“In Ghana, it’s the 7th of December of the election year, while in other places like Mexico, Norway, Sweden, Costa Rica and Switzerland, the dates are also known in advance.

“In Nigeria, the constitution provides for elections to hold not earlier than 150 days and not later than 30 days to the end of the incumbent’s tenure.

“In order to ensure certainty in our dates for elections, and to allow for proper planning by the Commission, political parties, security agencies, candidates and all stakeholders, the Commission has decided to fix the date for the National Elections for the third Saturday in February of the election year, followed by state elections two weeks later.

On the case of 23 of its electoral officers being prosecuted for various electoral offences, the commission announced that the affected persons will be placed on half salary and would not report for duty pending the determination of their cases by the court.