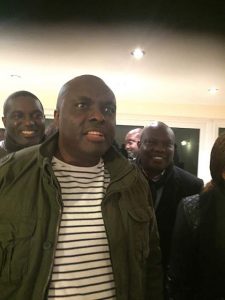 Disgraced former governor of Delta State, Mr James Ibori, has appealed his 2012 fraud conviction by court in the  United Kingdom.

On April 17, 2012,a  Southwark Crown court sentenced Ibori to 13 years in prison after the ex-governor pleaded guilty to 10 counts of money laundering and stealing $250m from the treasury.

Ibori’s media assistant, Tony Eluemunor, in a statement said the ex-Gov’s lawyer informed the Southwark London court on Friday, March 17, 2017, during an ongoing asset seizure trial that he has filed an appeal on Ibori’s behalf at the British Court of Appeal.

Following the development, the confiscation trial which is being presided over by David Tomlinson was adjourned indefinitely.

Eluemunor said, “In light of the information, the court indefinitely adjourned the ongoing proceedings on the confiscation case.