Iniubong, 24, an indigene of Ikot Ntuen Oku, Uyo, who resides at Akpan Essien Street, in uyo has been bath with an acid by his Ex-girlfriend, Lucy Daniel, 26, at about 1:00am on Tuesday.

On the penultimate Tuesday, Iniubong had retired to bed earlier on, when suddenly he was woken up by a gentle knock at his door. He wondered who could be at the door at such ungodly hour. The knock continued, when he enquired to know who was at the door, he was surprised to hear Lucy’s voice – his Ex-girlfriend. Lucy was appealing to him to open the door.

‘’I told her to leave that I would not open the door for her because we have parted ways. But she continued knocking on the door and begging me that she is stranded and needed a place to pass the night and nothing more. Reluctantly, I open the door; as soon as I opened she splashed the liquid on me, which turned out to be an acid. I don’t know what I have done to her to deserve this ill treatment’’, lamented iniubong.

The victim, who is currently receiving treatment at the university of uyo teaching hospital, went further to narrate what led to this sad end of their love story, saying that both of them were in an intimate relationship for a year. But he decided to quit the relationship last year, when he noticed that Lucy was a troublesome person. ‘’Lucy was in the habit of igniting quarrels between us, she would accuse me of having affairs with other girls, we hardly had peace being together’’. Iniubong appealed to the security agents to do everything possible to apprehend the culprit and made her face the full weight of the law.

Lucy Daniel is said to be an Indigene of Ikot Annung II, in Ibesikpo Asutan LGA, but resides in uyo, the Akwa Ibom State Capital. She is said to have flee her home after the acid attack on iniubong. The incident had since been reported to the police force headquarters, Ikot Akpan Abia. As at the time of filing this report, the culprit was still at large. Effort to reach the force Public Relation Officer for confirmation proved abortive, as the contact was not connecting at the moment. 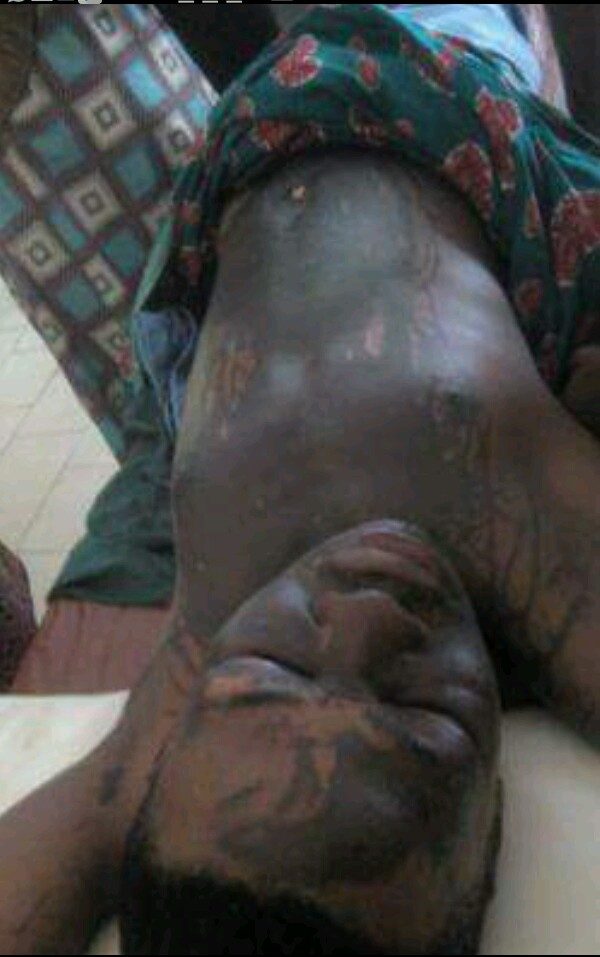 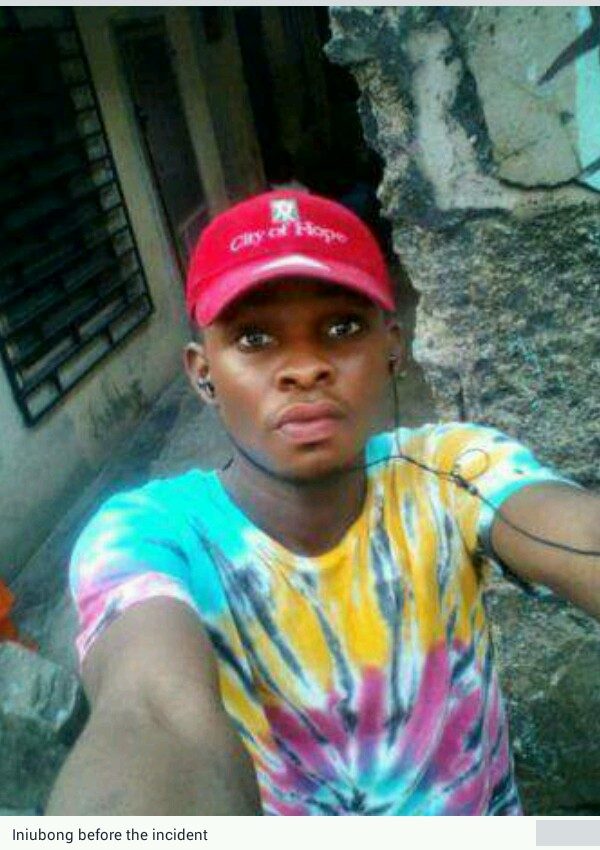 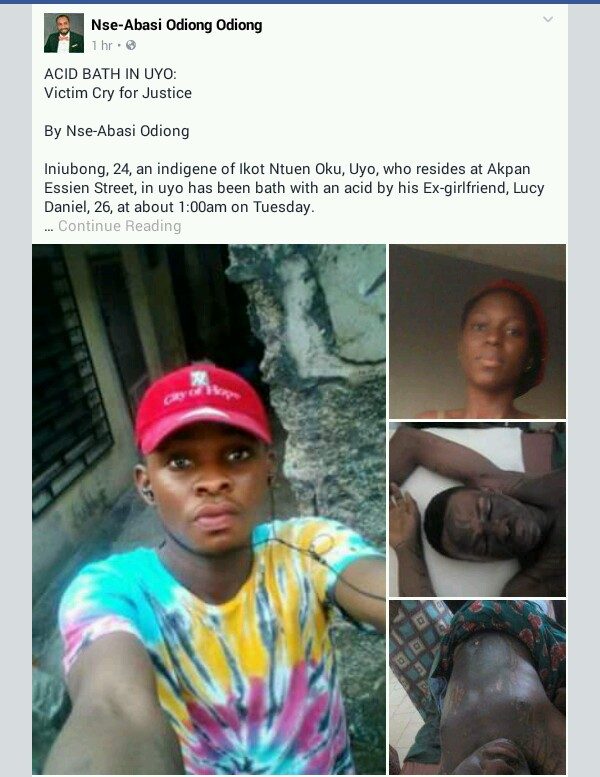