American Singer and Hollywood actress, Jennifer Lopez finally spilled on her relationship with Drake while stopping by ‘The Daily Show’ Mar. 6. She revealed once and for all whether or not they’re dating. 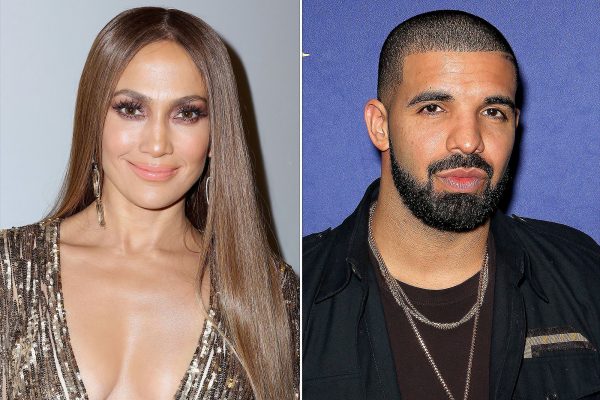 Popular TV Host, Trevor Noah got a much needed break from talking politics when stunning Jennifer Lopez hit up The Daily Show for the very first time to chat up the second season of her NBC police drama Shades of Blue. She looked stunning as usual, wearing a super glam shiny gold dress and her long locks fell down her shoulders, really upping the sexy factor.

After some lighthearted laughs about how she didn’t know how much it cost to ride the subway anymore, Trevor got down to the burning question at hand, telling her he had something very tough to ask her.

“Genuinely, did you get with Drake cause you didn’t know me yet?” the host asked JLo, who immediately laughed and started blushing at the same time. “Let me clear this up. I am not with Drake,” she revealed while Trevor let out a giant “Hallelujah” that she’s still available. Unfortunately that broke her momentum as it looked like she was going to keep spilling about what really went down in their relationship. “Maybe that’s all I need to say,” she added, realizing that she probably just overshared too much information already. Unfortunately the segment ended right there, so she wasn’t able to spill any more tea.

Up until now, both Jennifer and Drake have been pretty cryptic about the status of their relationship, as they looked so cozy, sexy and very much a couple around New Year’s, posting cuddly photos together. Then they reportedly wanted to call a time out on whatever was going on between them by early Feb 2017.