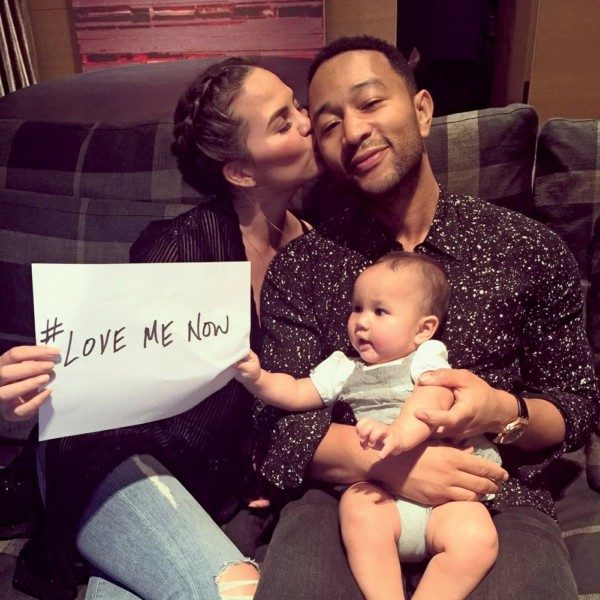 Model and TV presenter Chrissy Teigen has spoken publicly for the first time about her postnatal depression following the birth of her daughter Luna last year.

The US star, the wife of singer John Legend, has described how she has experienced severe back and wrist pain, as well as struggling with eating and her work commitments since welcoming her “perfect” daughter in April.

In an open letter in US Glamour, Teigen said she discovered she had postnatal depression in December and had decided to speak out now in order to let people know that the condition, also called postpartum depression, “can happen to anybody”. She said that for long periods of time she was unable to leave the house, shutting herself away in the dark and barely moving from “the exact same spot” all day.

It was her return to work on TV show Lip Sync Battle four months after giving birth to Luna that made her realise she was “different than before”.

Teigen wrote: “I had everything I needed to be happy. And yet, for much of the last year, I felt unhappy. What basically everyone around me – but me – knew up until December was this: I have postpartum depression.

“How can I feel this way when everything is so great? I’ve had a hard time coming to terms with that, and I hesitated to even talk about this, as everything becomes such a ‘thing’.”

Teigen, also a Sports Illustrated model and author, is known for being a prominent celebrity voice on social media and openly shares her views on topics including politics, food and her marriage.