The Killings in Kaduna State is yet to come to a stop as two Fulani herdsmen were killed by unknown gun men at Unguwan Maiyashi village, Fantsuwam Chiefdom, in Jemaa Local Government of Kaduna State, while another was killed at the Madakiya community of Zangon Kataf LGA, both in southern Kaduna.

An indigene of Ungwar Miayasihi, told reporters that the incident occurred at about 4pm on Saturday, when the herdsmen were grazing with their cattle inside a bush.

He said that their corpses were later traced to a river by security agencies on Sunday morning.

According to him, some suspects have been arrested in connection with the incident.

He also added that more policemen have been drafted to the area to avert any form of reprisal or break down of law and order, adding that the suspects would be charged to court as soon as investigations are completed. 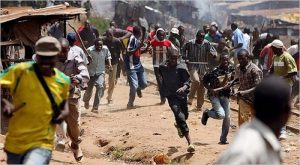