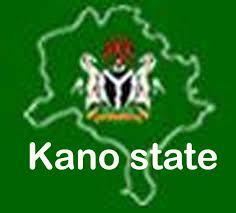 Kano State government  has arrested no fewer than  5,000 people for violating the  Environmental Sanitation Law, have been prosecuted by  the State Commissioner for Environment, Dr Ali Makoda.

The alleged violators were arrested and tried by the state’s mobile courts between January to March.

Makoda, who was represented by the Permanent Secretary in the ministry, Alhaji Sagir Wali, told newsmen on Saturday shortly after monitoring the monthly sanitation exercise in eight local governments areas.

According to him, the violators were arrested along the major roads in the city during sanitation.

“We were able to arrest 5, 000 defaulters and they were charged to our mobile courts which imposed some fines on them, he said.

He noted that Saturday’s sanitation exercise was a huge success compared to previous ones with regard to level of compliance.

Makoda also commended some self-help groups which participated fully during the exercise.

He, therefore, called on the general public to continue to give the government the necessary support in order to keep the state clean.

The Chairman, Kano State Central Committee on Self-help Groups, Alhaji Ibrahim Garba, commended the state government for its support and urged a sustenance of the assistance.

He called on chairmen of local governments in the state to emulate the state government’s gesture towards ensuring a clean environment.