Twenty-two traders have died in a motor accident that occurred on the Tunga Giwa – Ruwa road in Shanga Local Government Area of Kebbi.

The accident occurred when a Toyota Canter vehicle that tried to avoid a pot-hole, hit a motorcyclist and somersaulted, killing the cyclist and 22 passengers in the van.

The Sole Administrator of Shanga, Garba Salihu, told Governor Atiku Bagudu that the traders were returning from Tungan Giwa market when the incident happened.

Mr. Salihu said the vehicle rolled into a ditch and caught fire.

He said 22 persons on board the vehicle died on the spot, while eight sustained injuries and were receiving treatment at the Yauri General Hospital.

Mr. Bagudu, who was on an official visit to the area, participated in the funeral prayer for the victims who were buried in a mass grave.

The governor sympathised with the survivors and pledged to settle their medical bills and render further assistance. 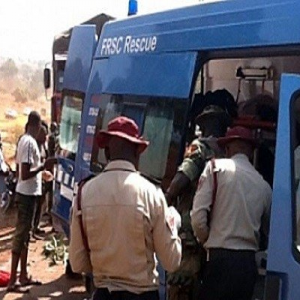