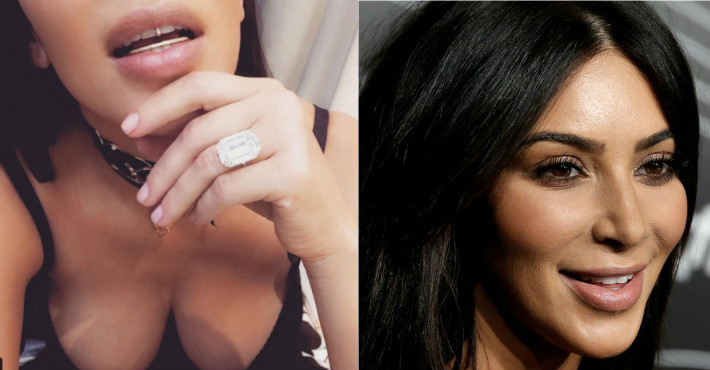 Could Kim Kardashian be getting her stolen 20 carat diamond ring back after all? You’ve got to see the look-alike stone that has just turned up in Italy and we’ve got the photo.

Here we thought Kim Kardashian‘s incredible $4 million diamond ring that was stolen during a violent robbery in Paris was one of a kind. Not anymore, as a nearly identical bauble has gone on the market in Italy, and it looks EXACTLY like the one that the 36-year-old was so proud to flaunt .

A massive 22 carat cushion cut stone with diamonds around the band is up for sale, so if Kanye West, 39, wants to pony up some big bucks to replace Kim’s ring with a spitting image of her old one, here’s his chance. Not only that, it would actually be an upgrade, as the reality star claimed that her stone was a mere 20 carats. 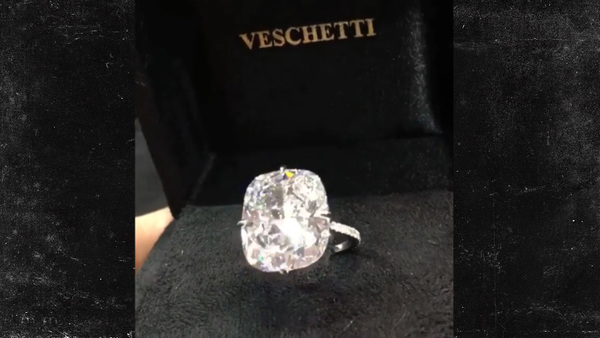 TMZ.com obtained video of the ring and it is absolutely gorgeous. Stones of that quality and size are pretty hard to come by, but the site notes that as more giant copycats of Kim’s ring hit the market, it could be possible for her diamond to get “lost in the shuffle IF someone tried to fence it.” That’s pretty unlikely, as one of the robbery suspects told French police early on in the investigation that the diamond was going to be broken up into smaller stones and resold so that they would become untraceable.

For now Kim has to make due with the gorgeous 12.5 carat diamond ring that Kanye proposed to her with in Oct. 2013. If Yeezy did replace her stolen ring, we haven’t seen any traces of it yet as the reality star seemed to get a rude awakening after authorities told her that flaunting it on social media could have helped make her a robbery target.