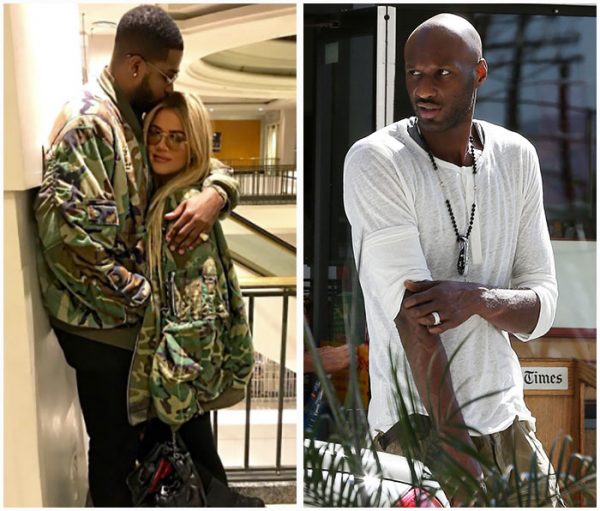 In that time, the couple has moved extremely fast, and though they’ve made no official announcement and they started out under unusual circumstances (Tristan recently became a dad by his previous girlfriend), by now just about everyone has come to terms with the fact that Khloe and Tristan will get married sometime in the near future.

Lamar is reportedly extremely angry that Khloe moved on so quickly after their latest reconciliation attempt, and insiders say he was inclined to dislike Thompson from the start.

Perhaps unwisely, Khloe arranged a meeting between her current boyfriend and her ex so that they might try and make peace. “Khloe arranged for the guys to meet at her home a few weeks ago, because she wants to stay on good terms with Lamar and thought he and Tristan would keep things civilized,” a source tells Radar Online.

One insider tells the site that Lamar was supposed to arrive solo, but instead he “rocked up with a couple of his buddies.”

From there, the situation deteriorated rapidly. “She didn’t count on how snarky and hostile Lamar was going to be, plus how super-protective Tristan acted in return,” says the source. “Lamar’s friends had to pull them off each other once things got really bad.”

“Khloe now realizes they can’t be in the same room ever again.”

Tristan and Lamar are about the same size, but one is 25 and in the prime of his playing career, while the other is 37 with several years of retirement and a long history of substance abuse behind him.