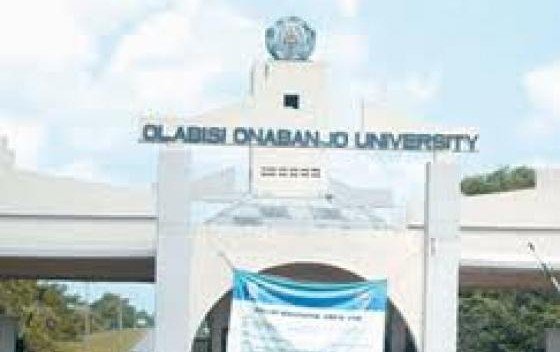 The Joint Action Committee (JAC) of three unions in Olabisi Onabanjo University (OOU), Ago-Iwoye, Ogun State, yesterday advised a section of the institution’s alumni association to leave the Vice Chancellor (VC), Prof. Saburi Adesanya, alone and wait for the outcome of a pending court case they had instituted against the university over their money.

Some members of the national alumni of OOU had reportedly petitioned the Economic and Financial Crimes Commission (EFCC) alleging misappropriation of the association’s N100 million kept in the custody of the university by the VC.

In a joint communique signed by Taiwo Egberongbe (SSANU Chairman), Augustine Adebiyi (NAAT chairman) and Rasaki John (NASU Chairman) at the end of their meeting at the institution’s campus, they said allegation of misappropriation of alumni’s N100 million against the vice chancellor by a section of the national alumni and some members of the Board of Trustees (BoT) was meant to confuse the public and put the university in bad light.

They said as members of staff of the university, there was never any money kept by the alumni with the university management in any form, adding that even the then governing council of the institution, led by Chief Alex Onabanjo and with Prof. Wale Are Olaitan as the then VC, did prescribed the collection of dues for alumni association since 2010.

According to them, the governing council had decided that money in the coffers of the university are to be used for infrastructure such as building of hostels for the students to alleviate their accommodation problems and promote the idea of residential university tradition.

They said, among others: “We are aware that this factional leaders and the so-called BOT members had sued the university on this matter and the case is before a court of competent jurisdiction in Ogun State. Why then is the same people sending petition to EFCC and going to press on the same matter.

“Are they jittery of an impending failure or are just looking for cheap popularity? We cannot fold our arms and allow some lazy individuals to rubbish the hard-earned reputation of our dear university as rebuilt by Prof. Adesanya in the last five years.”