Home National News How Ibrahim Magu failed integrity test
Facebook
Twitter
WhatsApp
The Senate received a letter from the Department of State Security, DSS, yesterday night stating that acting chairman of EFCC, Ibrahim Magu who was rejected by senators today, failed the integrity test carried out on him by the agency. In the report, the agency said it carried out investigations on all the nominees for the board of the EFCC.
It cleared all other nominees except Magu who they raised a red flag on.
They alleged he lived a high profile lifestyle and flies first class which is against President Buhari’s directive that no public officer should fly first class. The report alleged that Magu kept close company with persons with questionable characters.
Recall that last year, DSS also sent a letter to the senate accusing Magu of corrupt practices and highhandedness, causing him to be rejected by the senate in December 15th 2016. See copies of the new letter to the senate after the cut… 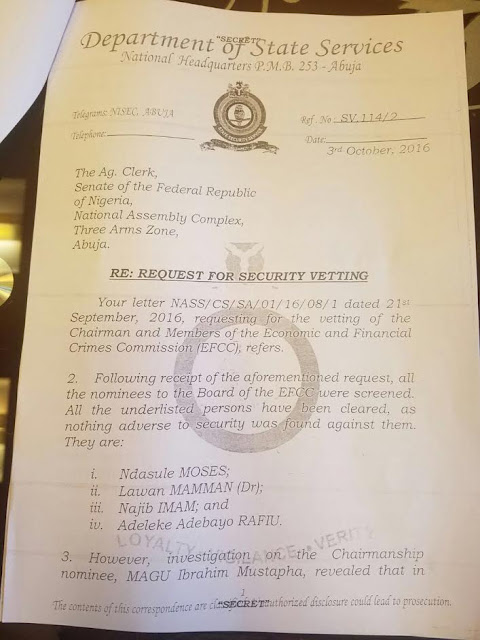 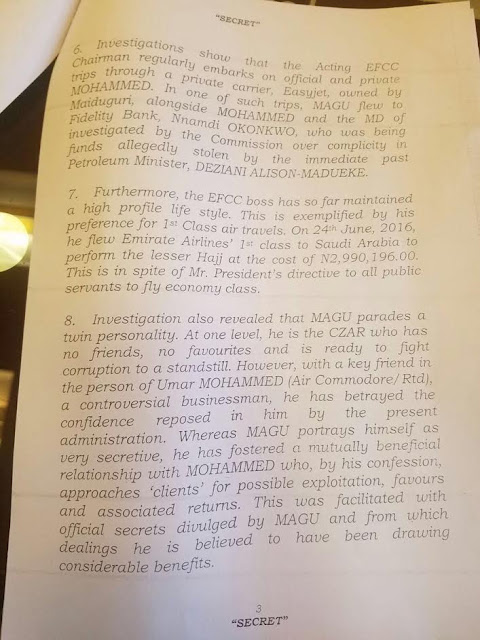 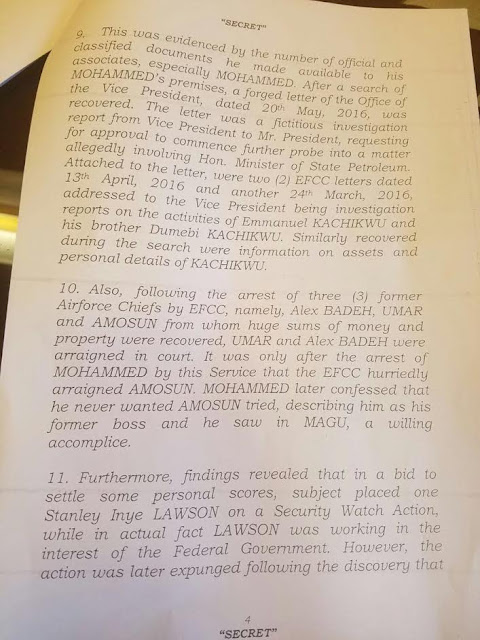 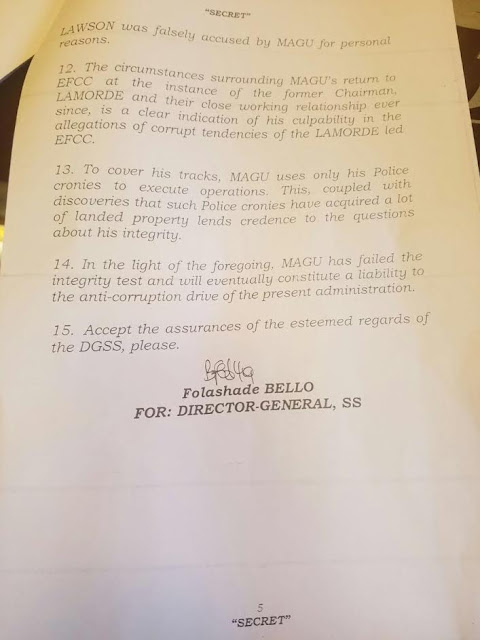