Historical movie “76”, has won five categories out of its fourteen nominations, at the fifth edition of the Africa Magic Viewers’ Choice Awards (AMVCA). 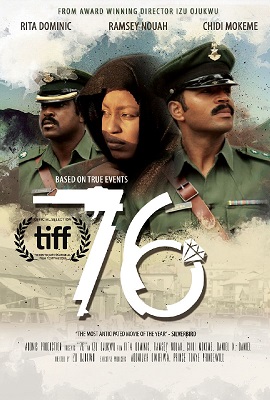 The film which is set in the ’70s was shot in Ibadan, Oyo went through a seven-month “historical account” approval period at the Nigerian Military before filming started. Also the film was in production for about five years.