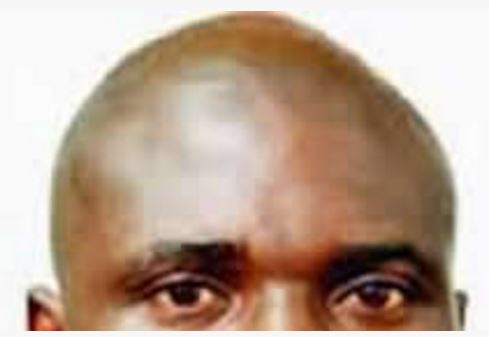 The National Broadcasting Commission wants to take the life out of Nigeria’s broadcast media. The NBC says it’s because broadcast stations owe it N5bn in licensing fees. All culprits would have their stations shut down by March 31, 2017. More than 54 broadcast licences have been revoked since 2015, and another 120 will follow shortly. The NBC plans to escalate this number as new applicants for broadcast licences replace indebted broadcasters. Note: The NBC’s plan isn’t to nurture upcoming applicants, but to close their shops. This has got me wondering if shutting down broadcast stations, adding to the unemployment problem, is the success story the NBC has for President Muhammadu Buhari who already has countless unresolved problems on his desk.

As the NBC Director-General, Ishaq Modibbo Kawu, explains, “There are those who used political connections with the top-most political leadership in Nigeria in the past to get illegal and undue favours that ran contrary to the NBC Act and the Nigeria Broadcasting Code. It’s a different period in our country. Nobody will go up to Aso Villa and get some black market deal anymore.” Kawu has said more, but I take this bit because it raises issues. One, it’s heartwarming that the head of a Federal Government agency wants to correct the mistakes of the past. But this is a wrong item to take on. If an agency said it wanted to correct wrong placements in government’s offices that were outcomes of favours gotten from the Presidency in the past, I would clap. But broadcasters seek favour in order to get licences, do business, grow the broadcast media, grow the private sector, and in the process create employment. This is different. By the way, how do we organise this sector such that one needs to seek favours in the Presidency before one gets a licence? It means the process itself is flawed; it’s been designed to put the sector on the leash (just as the oil industry has always been) so that what should be a professional and commercial decision has been handed over to politicians. This was the reason we started TV broadcasting earlier than South Africa but that country has overtaken us. The military contributed to it by making the broadcast media a government affair, and until we stop tying professional and commercial decisions to the aprons of political office holders, we haven’t started.

When Kawu was speaking this March, he made statements such as, “they (broadcasters) have the temerity to tell us that…” He issued threats, even. Yes, broadcasters should take the NBC seriously, and pay up. But on that occasion, the NBC, for me, summed up the mentality of government regulators – “us” and “them”. Meanwhile, whatever government officials are doing on behalf of the government should be in the interest of Nigerians, not against them. Our agencies get serious when they want to take from Nigerians, but are not bothered when it’s time to give to Nigerians. Government agencies in the mobile telecoms sector defend businesses which they have regulatory powers over, while they watch as the same businesses cheat Nigerians. Here’s a comparison. Foreign Affairs Minister, Geoffrey Onyeama, visited South Africa the other day over xenophobic attacks in that country, and many Nigerians complained to the minister. One of them, a professional, said he was married to a South African lady and he had a house located in one of the high grade areas. But ruling party officials said because he was a Nigerian he shouldn’t have the house when South Africans didn’t have houses. I don’t advocate such a move here, but I use the example to call attention to the deficit in how Nigerian public officials behave towards Nigerians that they should protect. Another example was how a court in South Africa ordered the government to cancel a contract for the disbursement of social welfare to citizens. Officials knew this would create more socio-economic problems for the government. Instead of rushing to close down the scheme, officials began to search for a way to continue with the scheme without breaking the law. This is the way government officials should think and act, rather than take measures that will worsen existing problems such as unemployment, especially now that the National Security Adviser reports recently that unemployment is the greatest threat to our national security.

When an entrepreneur embarks on the process of establishing outfits and thereby create jobs, I think the foremost task of every government agency along the way is to make this as easy for him as possible. This isn’t happening. The NBC should be more interested in taking pride in the greater number of broadcast stations that take licences and actually broadcast, rather than in closing them down. Closing down potential job creation outlets shouldn’t be the NBC’s measurement of success. Revoking the licences of another 120 that have failed to start operation is potential jobs lost, a minus to the effort of the current administration to get Nigerians to work. This further raises the issue of how the government assesses the achievements of its agencies.

As for the unpaid licence fees, a soft landing is what the NBC should be thinking of not punishment for stations that currently struggle under difficult conditions. This point is important because a nation should jealously guide and encourage the growth of each sector of its economy. A wise nation should carefully nurture its various sectors, not kill them because of fees that it could even waive in order to encourage growth. A wrong approach by the government to the private sector ensures Nigeria’s aviation industry remains stunted. It has made local private sector participation in some aspects of the oil and gas industry to remain low. It’s the reason our textile industry is dead. Government agencies should come strongly on measures that should assist our private sector to grow, not just on collection of revenue from businesses. The NBC should facilitate means of getting the broadcast industry to thrive. It should check the reasons licencees fail to operate, and make recommendations to government on how to assist them.

We know the private sector should be the mainstay of the economy. It should be the cash cow if not for the unhelpful free wealth from crude oil. Our broadcast industry is relatively weak. Yes, we have made progress, but compared to broadcasters outside our shores, we’re weak. By closing down more stations, the NBC will send this industry backward in many ways. As things stand, many Nigerians watch TV stations located outside this nation. The upper class pays scant attention to local stations. Even households with meager earnings strive to acquire and watch paid foreign TV. When the NBC closes stations, more of our people will turn to foreign outlets, making money for them through subscription. I expect NBC to strategise to give life to more local stations, achieve better contents, sensitise Nigerians to watch them, and report this to the President as its success story.

Or, would the NBC be happy to have foreigners come in to pay its huge licence fees, take over our airspace, and when they make money as foreign telecoms companies do, repatriate the same to their countries? Would the NBC prefer to show the President huge licence fees collected under such circumstances as a sign of its success? This is the same way our textile industry has been destroyed as the concerned regulatory agency watches the influx of cheap textile, meanwhile it displays the increased revenue it generates from this importation as the sign of its success. When government agencies take revenue targets met as success rather than ensure that our private sector is helped to grow, it makes one wonder what the overall vision of this nation is. I’m of the view that when the private sector is helped to live, it can generate for the government several times what government agencies bring in as revenue. The NBC, by its threats, isn’t going to contribute to Buhari’s plan to grow the private sector and create job opportunities for Nigerians. Therefore, the President should instruct it to suspend its plan while it engages broadcast stations in more negotiations to get them to pay their debts. Also, to any agency that takes closing down of businesses to be its success story, I urge the President to state it clearly that this is contrary to his expectations, that such an agency is escalating his problems, adding no value to his administration.