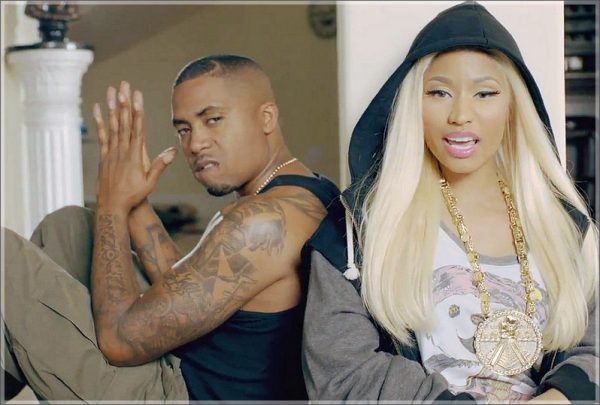 When “shETHER” was suddenly taken off the airwaves, rumors circulated that Nas was angry with Remy Ma because she didn’t ask for his permission to use his “ETHER” beat.

Nas has always had eyes for Nicki Minaj and now she’s not saying no, reports say.

Now, MediaTakeOut reports that Nas and Nicki Minaj are dating.

Apparently, the two Queens rappers hit it off on the set of their 2012 video “Right By My Side.” Though nothing ever came of it, rumors are spreading that Nas “hit her up” as soon as Meek Mill hit the door.

“They’re still early in their relationship, and Nas is still courting her. But Nicki’s already got feelings for him,” a source close to Nicki said.

Still, these are just rumors. Nas was even cool with Remy Ma’s use of his music. Turns out it was Universal Music Publishing –which owns the song — that took issue with “shETHER.” Stay tuned, this is a developing story.