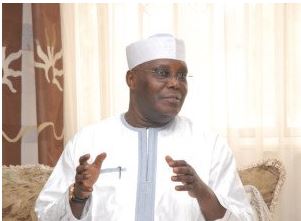 He stated this while speaking at the Obafemi Awolowo University at a programme organised by the Faculty of Law. Mr. Abubakar said in a true federal system, the federal government would have little or no need for some ministers as their issues would be handled by the federating units.

“We have a government that gives power to the central government and leaves the federating units with nothing,” he said

“The current structure can be called unitary federalism.”

The politician, who is rumoured to be interested in the 2019 presidential race, said the current Nigerian structure makes the country economically indolent and doesn’t serve the citizens well.

“The restructuring of our federalism is not really a threat on our unity,” he said.

“The federal government has no point having a ministry of agriculture and health; they ought to only have units that will monitor the ministries. But instead they go on to appoint ministers.”

“What is the federal government’s business with having a health minister and minister of agriculture?” he asked.

Mr. Abubakar also accused his former boss, ex-President Olusegun Obasanjo of not heeding to one of his advice on power projects.

“I once advised the president not to invest in independent power projects but focus on captive power projects, but I was not listened to; the world is shifting from oil to other sectors and we are not doing that in Nigeria,” he said.

In his remarks, the vice chancellor of the university, Anthony Elujoba, said Mr. Abubakar’s visit, though unexpected, was well appreciated by staff and students.