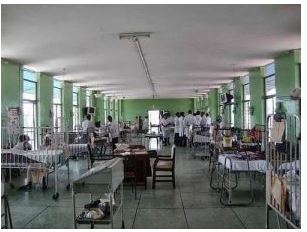 As the country recovers from recession, stakeholders have urged Nigerians to remain positive in order to avoid psychological meltdown as reports from various Nigerian hospitals have shown an increase in the number of mental health patients.

LEADERSHIP Friday, learnt that at the Federal Neuro-Psychiatric Hospital at Yaba, Lagos State, there has been a 59 per cent increase
in new cases in 2016 compared with 2015 and at the community clinic, (though not psychiatric cases), a 95 per cent increase in clinic attendance was recorded.

Mental health physicians who spoke to LEADERSHIP Friday have linked this increase in mental health cases to the current recession which has led to many Nigerians losing their jobs and the increase rate of inflation has led to constant increase in the prices of goods and services. These events, according to them can lead to anxiety and depression.

Mental health physician, Dr. Stephen Oluwaniyi said that what might not be so obvious are the effects of this recession on the health of the citizenry.
Oluwaniyi said before the onset of recession, Nigeria has been classified by the World Bank as a low income country and with the current recession, there has been a decrease in the GDP, investment spending, household income, business profits, unemployment and bankruptcies rates have increase and prices of various commodities including medicaments have risen considerably.

He said, “This means it is now more difficult for people to access healthcare since a significant proportion of the population still depend on directout-of-pocket payment and with the dwindling revenue, government may reduce total health spending. If this happens, accessing healthcare will be more difficult for the masses.”