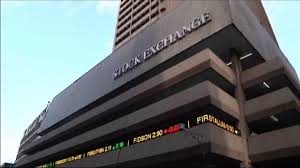 A statement released, Tuesday, by Joseph Kadiri, the NSE media officer, said the Eurobond is issued under Nigeria’s newly established Global Medium Term Note programme on the floor of the Exchange.

The statement noted that the 15-year domestic sovereign Eurobond,‎ priced at par and at a coupon of 7.875 per cent per annum, is the first foreign currency denominated security to be listed and traded in the Nigerian capital market.

Mr. Nwankwo noted that the Eurobond which was over-subscribed by 780 per cent, is part of the Nigerian government’s funding strategy for its 2016 capital expenditure and will be spent on key infrastructure projects, in line with its economic plan.

Also speaking on the listing, the Executive Director, Market Operations and Technology, Ade Bajomo, commended the DMO for listing the Eurobond in the nation’s bourse. He noted that the domestic listing will diversify its investors’ base by giving Nigerian institutional investors access to the bond.

Mr. Bajomo further remarked that “the listing of the dollar denominated bond on the Exchange will boost price discovery and liquidity in the local market as well as help attract reliable long term foreign currency denominated funds into the financial market.

According to Mr. Bajomo, it will also “set the foundation for raising and listing more foreign denominated securities in Nigeria which will open up additional capital raising options for issuers and portfolio diversification opportunities to investors”.

“To ensure seamless trading and settlement of the Eurobond, the Exchange, working with Central Securities Clearing System (CSCS) developed and presented to issuers and transaction parties, a framework depicting onshore and cross border trade and settlement process in line with robust market practices”, added Mr. Bajomo.

Accoding to reports that the listing brings to five the number of listing that has occurred on the Exchange in 2017.

The Exchange had earlier admitted Forte Oil’s Bond, Exchange Traded Fund (ETF) and Real Estate Investment Trust (REITs) whilst welcoming Medview Airline and Jaiz Bank to its Main Board via Listing by Introduction.