Home News Feed Nigerian Doctor in the UK Vindicated Four Years after Being Wrongly Accused...
Facebook
Twitter
WhatsApp
A Nigerian doctor who was suspended from work over an incident with a patient has finally been vindicated. 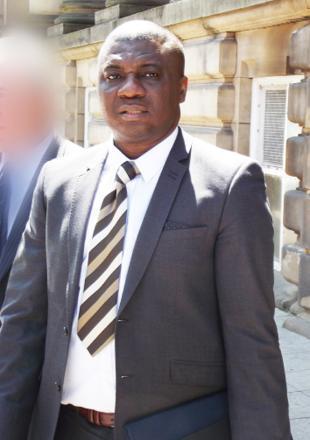 A Nigerian doctor who has been battling for four years to uphold his name and profession after he was suspended and accused of mistreating patients at a surgery in the United Kingdom has been cleared.
According to the LancashireTelegraph, Dr Abiodun Bale has now been told by the Court of Appeal he was free to return to work after the incidents at Hyndburn Medical Practice in Oswaldtwistle in 2013.
But the Lagos-trained GP said a crown court trial, medical tribunals and the appeal have taken its toll on the wellbeing of himself and his wife and family.
Dr Bale was cleared of assaulting patient Sheena Cunningham, at a Burnley Crown Court trial, over allegations he had grabbed her arm during a consultation at the Union Road health centre.
But he was later suspended by the Medical Practitioners Tribunal Service over the same set of circumstances, and a second claim, from March 2013, involving another patient, Maria Hindle, where he was said to have raised his voice to her and made efforts to prevent her leaving a consultation room.
The doctor maintained his innocence throughout the various proceedings and has now been given the all-clear by the appeal courts to continue his career.
He no longer wants to be a GP but is a qualified specialist in obstetrics and gynaecology.
Dr Bale, 45, said: “There have been great physical, psychological, social and financial consequences of this case for me. My family and I have been put through unwarranted misery. Nobody should have to go through this.
“It is a wonderful concept in civilised societies like ours to protect patients, but somebody should also be looking out for doctors who have unfortunately found themselves in situations like mine.”
He believes he has been ‘let down by the system’ as well as having to pay a heavy price financially to re-establish his right to practice. But he is glad ‘commons sense’ prevailed in the end.
Dr Bale added: “The last four years have been a horrible ordeal professionally and the last eight months have been unspeakably stressful for my wife, kids, our extended families and for me.”
]Dr Abiodun Bale was said to have dragged Sheena Cunningham’s hand as she tried to leave his consultation room in tears after they argued over treatment for a facial condition.