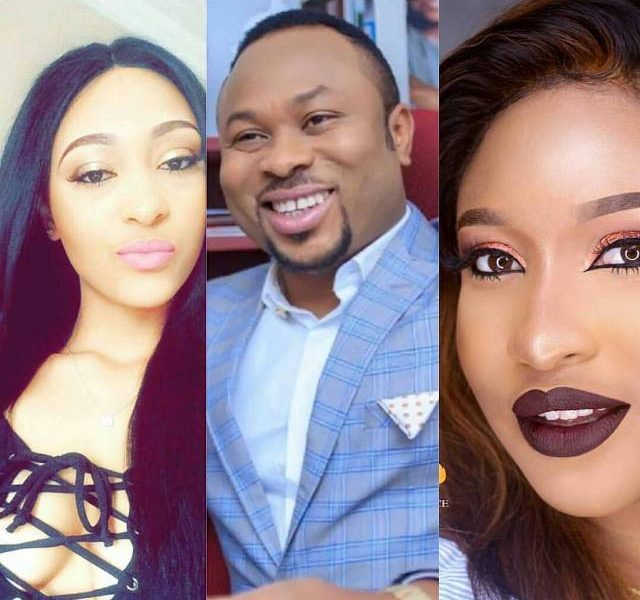 Nigerian commentators is not taking it easy with alleged home breaker, Rosaline Meurer who was named by Nollywood actress, Tonto Dike as the reason for her failed marriage.

Tonto Dike further revealed that her estranged husband, Churchill bought the actress a car for her recent birthday.

The Delta State born actress who disabled comments on her Instagram page had a change of heart and enabled it only to be flood with several insults as Nigerians called her names and reminded her of hell.

A social media user commented: ‘Queen all queens kor… Because u snatched someone’s husband doesn’t make u a queen’

Read other comments below: 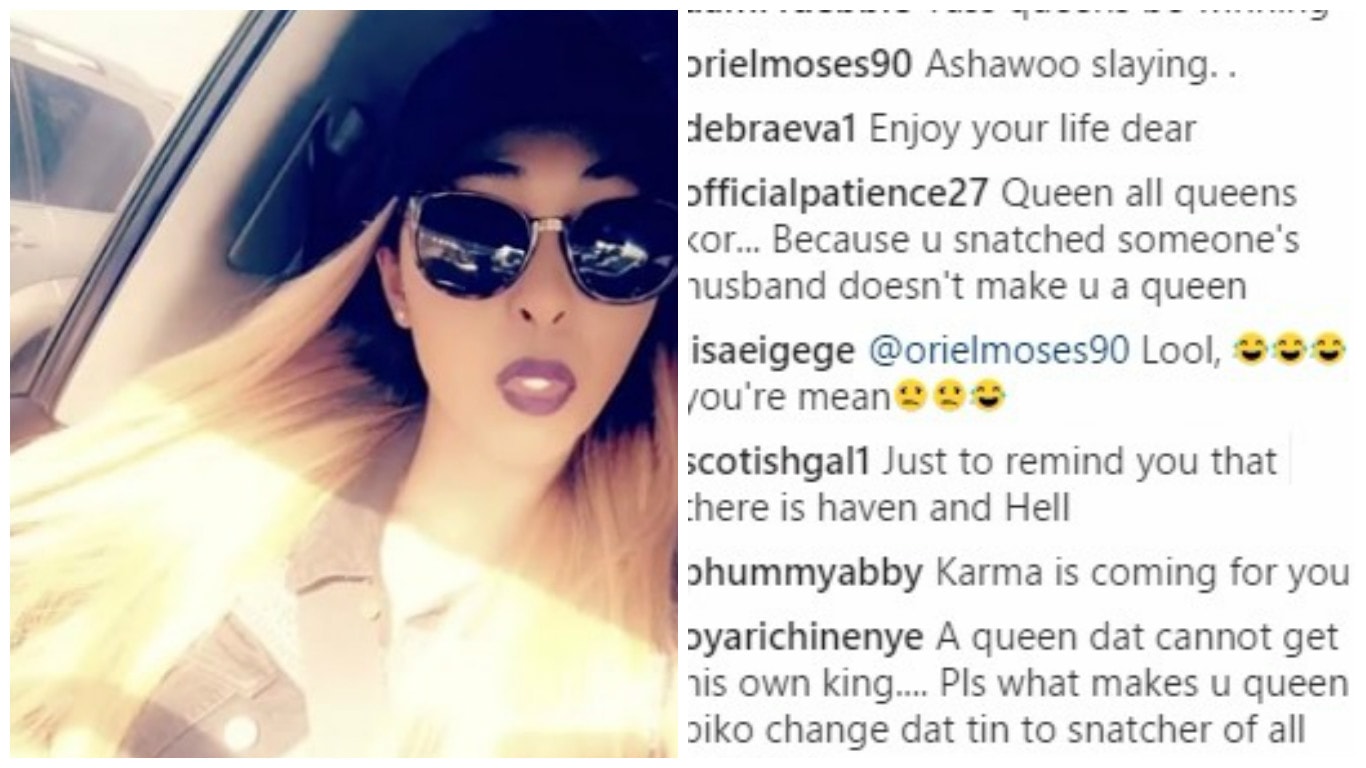 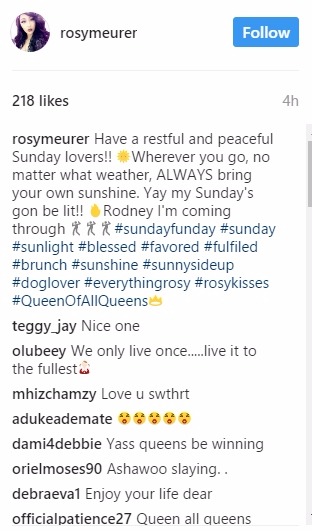 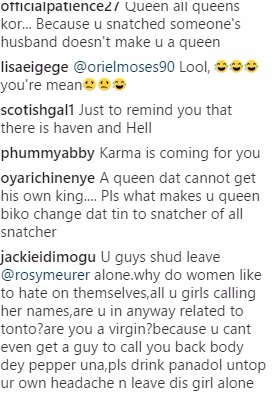 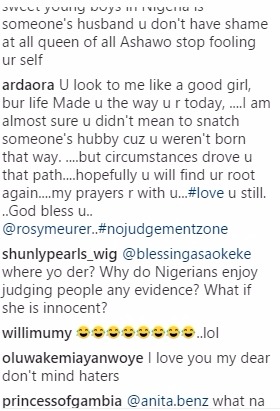 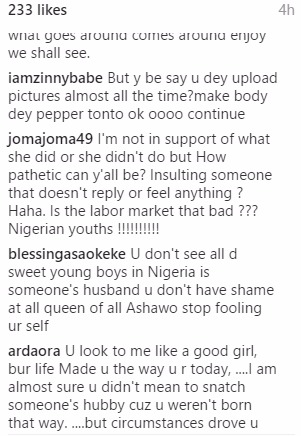