The Minister of Information and Culture, Lai Mohammed, has said there is no plan to extend the reopening date of the Nnamdi Azikiwe International Airport, Abuja, while the six-week timeline remains sacrosanct.

The minister, who made the clarification at the Aviation Roundtable on Monday in Lagos, said the media report that government had extended the closure by 18 weeks was erroneous.

“Let me use this opportunity to debunk the erroneous report making the rounds that the closure of the Abuja airport has been extended by 18 weeks.

“This is not true. The six-week time line for the closure remains. After six weeks, the Abuja airport will be reopened.

“The remaining work on the runway will not necessitate the closure of the airport,” he said.

Mr. Mohammed said that the roundtable was in continuation of government’s interaction with major stakeholders on the closure of the airport and the temporary diversion of flights to the Kaduna International Airport, Kaduna.

He said that the airport was closed on March 8 to pave way for the reconstruction of its sole runway, which had not been maintained as it should in its over 30 years of existence.

The minister disclosed that the reconstruction of the runway was nearing its halfway mark, adding that government was on course to re-open the airport for flight operations. 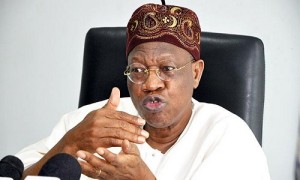 He also said that government had done everything possible to ensure the comfort, safety and security of the travelling public during the closure.

“Transportation from Abuja to Kaduna and vice versa is free for air passengers and security along the Abuja-Kaduna expressway’’.

He said that there were security agents at short intervals.

“The expressway itself has been rehabilitated to ensure a smooth ride.
“I can tell you, having travelled on that road at least twice since the relocation that the ride is smooth.

“The safety and security of passengers at the Kaduna airport are paramount and guaranteed, as have been attested to by many”.

He appealed to the travelling public to bear with the minimal discomfort they could be experiencing as a result of the relocation.

Speaking in the same vein, the Minister of State, Aviation, Hadi Sirika, said the entire procurement for the renovation was six months.

He said that the closure for the repair of the runway was six weeks.

“With about three weeks into the project, I am satisfied with the progress of work and optimistic that it will be delivered on schedule,” he said.

The minister added that the government recently released N150 million to the contractor to bring in some equipment needed for the prompt completion of the project.

Earlier, the President of the Aviation Roundtable, Gbenga Olowo, said the body consisted of stakeholders concerned about the advancement of the aviation industry.