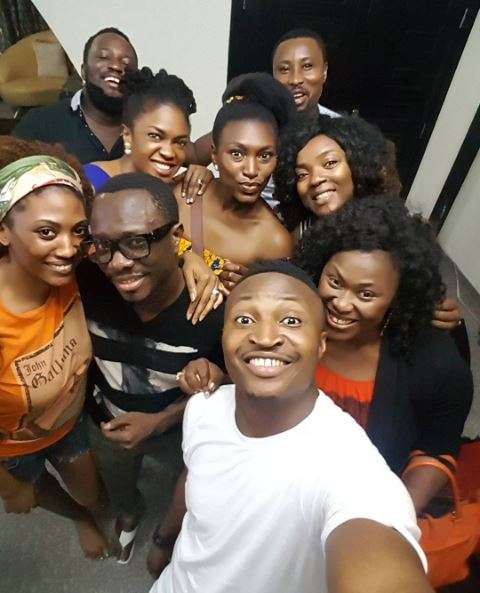 The group turned up in his home last night, March 13, 2017, and they were obviously having a house party.

Recall that Julius was one of the main characters in “The Wives On Strike” movie before he took ill. In the video, Julius Agwu also thanked God for his recovery while the others joined him.

Agwu also shared a video of himself thanking fans on Instagram on February 3, 2017.

Agwu underwent a successful brain surgery to remove lumps found in his brain last year which is exactly what has got many worried for him, although his manager has refuted claims of a relapse in his health.